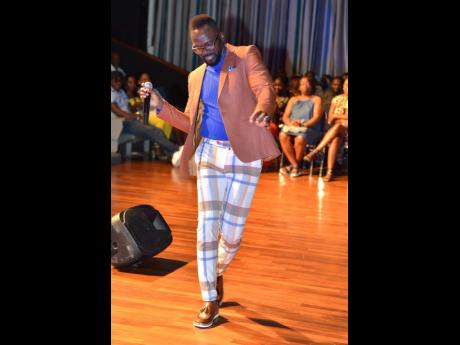 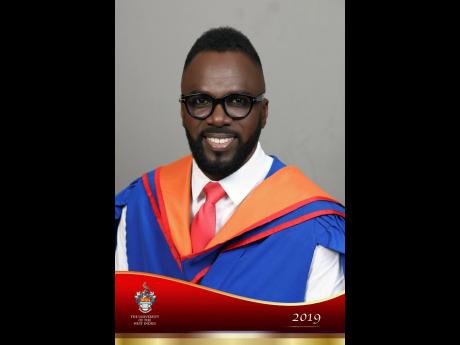 When Ian ‘Ity’ Ellis started classes at the Mona School of Business and Management in 2017, his classmates thought the seasoned comedian was perhaps pulling off another prank for his TV series, The Ity and Fancy Cat Show. Ellis told The Sunday Gleaner that for the first few classes, students were constantly waiting on the camera crew to reveal themselves because somehow, they could not wrap their minds around him studying and doing exams. As it turns out, there was no big production, no prank, no skit – just a man on a mission to higher education. Fast-forward to today, and Ellis is now the holder of an MBA (Master of Business Administration). He graduated from The University of the West Indies yesterday.

An overjoyed Ellis was at a loss for words as he tried to describe what the accomplishment meant to him. Pointing out that there were days when he felt like giving up, the actor said he was extremely proud of himself. “I can’t even begin to tell you how this feels. Trust me, there were frustrating moments. It never easy at all, but it is a great feeling knowing I’ve completed it,” he said. “Having gone through this programme, I have so much more respect for people who are seeking higher education, especially those juggling full-time jobs and school. It’s not easy at all.”

Highlighting how particularly difficult his journey to success was, Ellis revealed that he suffered a huge loss during his course of study last year. His older brother passed away last November and his death took a toll on him. “You know those bigger brothers who are like fathers? That’s who my brother was to me. Him take me in and helped me out along the way and so when I lost him, it was really tough,” he said. “I remember before he passed, I had an exam in June and I couldn’t even concentrate. I had to go the lecturer and share with him what was happening and he gave me the time to go and visit him at the hospital. He was at the University Hospital, so it was literally next door. That was a very rough time for me. So you can imagine this moment is kinda bittersweet because he didn’t get to see me finish the journey.”

‘Faith was my anchor’

Ellis, who is a devout Christian, said that during those difficult times, his faith became his anchor. “My faith really helped me, it was an integral part of my journey. You know the many prayers I had to pray? We learnt from the very beginning of the course that you are only allowed one resit, and I remember when I failed one of my exams, I was asking Father God, ‘How comes you brought me here to just end like this’? But then I had to really just trust Him. I prayed for strength and the spirit of excellence in whatever I was doing and that made a world of difference,” he said, also pointing out that his support system at home also kept him from falling off course. “I was happy and blessed to have my wife and daughter with me all the way.

My daughter was studying in her bachelor’s programme at the same time, too, so at times, I could call upon her, so my support system was everything.”

Now that his mission is complete, Ellis hopes his journey will inspire others. “You know, I wasn’t going to go to the graduation because I was saying it’s gonna be too long and I don’t necessarily have to go to the ceremony, but my family kept telling me, ‘Graduate, man, because this graduation is not for you’. I started to look at things differently from then because you never know who you may inspire,” he said. “Last year, I was bigging up Ms Kitty because she showed that while she was busy doing everything else at the same time, she was studying and killing it. I want to also show people that it can be done.”