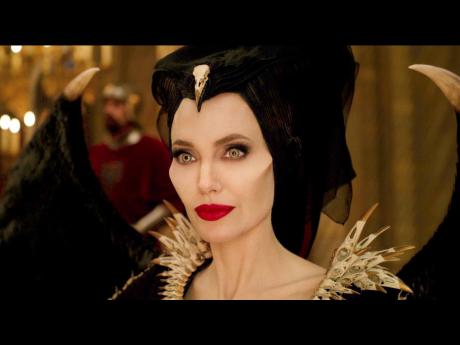 AP
This image, released by Disney, shows Angelina Jolie as Maleficent in a scene from ‘Maleficent: Mistress of Evil’.

Full disclosure: I have not seen the 2014 film Maleficent. When it came out, I was more or less unenthused by the concept. It seemed like a film no one asked for, and there were far more interesting movies out in the summer of 2014. Still, of all of Disney’s villains, Maleficent seemed to be the one with the most potential. She’s got it all. Charisma. Style. The ability to turn into a dragon. To give her a backstory could’ve been a good idea, and while unimpressive movies churn out sequels every year, the existence of Maleficent: Mistress of Evil means it must have impressed someone.

Lacking any knowledge of the preceding story didn’t leave me too lost. The first act of the film clearly makes reference to the original, but eventually gets to a place where the movie becomes its own beast. Queen Aurora of The Moors, the haven of mythical creatures that neighbours a kingdom of humans, has just been proposed to by Prince Phillip, heir to said human kingdom. Her Godmother Maleficent is less than pleased with the arrangement, one that could unite the world of men with the world of myth.

Things break down to where the humans and the faeries are engaged in all-out war. It’s not so much a surprise that it happens, since most of the movie points it directly towards that big finale. In fact, the movie spends so much time setting up its conflict, it doesn’t have any left to execute the ending. The result is a conclusion that feels rushed as the movie trips over itself running from one loose plot thread to the next. Complex and intense story elements are swept under the rug and left there without any care for what they stood for.

The movie is saved by Jolie, whose every scene makes you wish she were in more films. There’s also admittedly, some very impressive visual effects, with each of the creatures in the film so consistently designed, teeming with life. Even the practical effects are convincing, albeit a little silly when too many mythological creatures are on screen at once. These elements give the movie a nice shine, but when you bust out the polish to make your shoe look pretty, it doesn’t make a difference if the sole is missing.