‘Fly Me to the Moon’ premieres at UWI 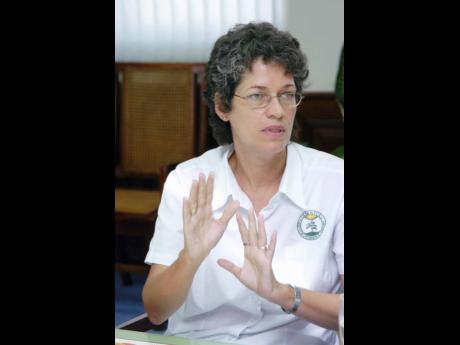 File
Diana McCauley will be one of the panellists during a discussion that will follow the screening of ‘Fly Me To The Moon’.

Fly Me to the Moon, the groundbreaking documentary by Dr Esther Figueroa, premieres tomorrow at 10 a.m. at The University of the West Indies’ (UWI) Faculty of Medical Sciences, Lecture Theatre 2.

The winner of the 2019 Awareness Festival Merit Award, Fly Me to the Moon traces the unexpected and unseen ways we are all connected on planet Earth. The film follows aluminium – the metal of modernity – on a journey around the world and into space. Charting the history of this metal over 100 years, the narrative visits places as disparate as the moon, Jamaica, India, Suriname, Canada, Cuba, Japan, Hungary, Iceland, Australia, Vietnam, and the United States of America, encountering along the way human triumphs, technological innovations, multiple wars, societal upheavals, and environmental devastation. Also concerned with the urgent here and now of the climate crisis, the film challenges viewers to think about the consequences of consumption, to reimagine the ways in which they live, and to change a material culture and political economy that is destroying the planet humanity depends on for survival.

Independent film-maker Figueroa is also an educator and linguist with over 35 years of experience in media production. Her films have been screened and televised all over the world and are taught at numerous universities. They include Jamaica for Sale (2009), an award-winning feature documentary about tourism and unsustainable development; Cockpit Country – Voices from Jamaica’s Heart (2007); and Cockpit Country is our Home (2012). Her environmental novel, Limbo (2013), was a finalist in the 2014 National Indie Excellence Awards for Multicultural Fiction.

Participants on the second panel, ‘The Political Economy and Future of the Aluminium Industry In Jamaica’, will include Professor Lou Anne Barclay, Mona School of Business and Management; Peter Bunting, Member of Parliament for Central Manchester; and Dr Wesley Hughes, lecturer in the Department of Economics at The UWI, Mona, and CEO of PetroCaribe Development Fund.

The premiere is presented by The UWI’s Department of Literatures in English.