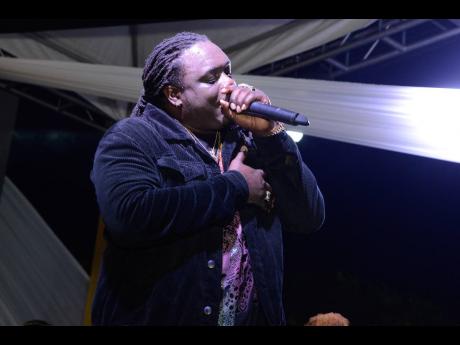 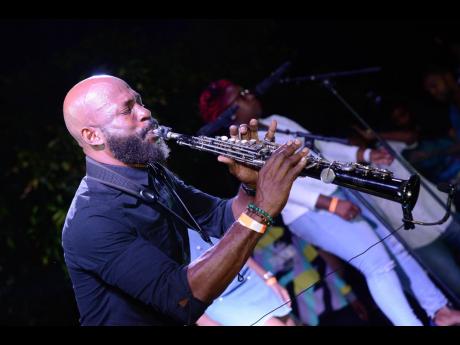 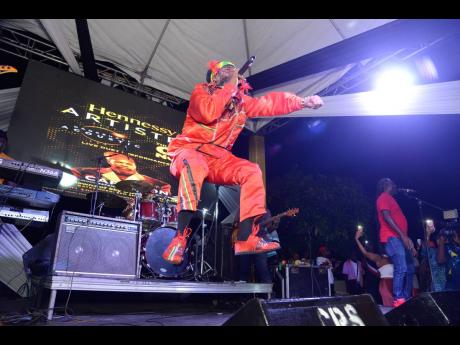 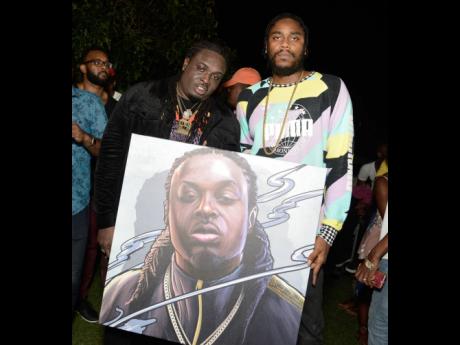 The promised fire could not have been many degrees hotter at Sky Dweller Ultra Lounge Thursday night when Capleton and Jah Vinci unleashed their artistry. Capleton had made a pre-show promise to thrill fans, and when he entered centre stage dressed in fireman red, there was no doubt that he would have delivered.

Constantly engaging the audience with antics that saw them jumping, dancing, and waving, Capleton gave a performance that was both message and music. In-between songs, he spoke about the purification effects of fire and took his listeners to the Bible with stories of the three Hebrew boys who were cast into the flames and of Moses’ experience with the burning bush. He traversed the full spectrum of his robust catalogue, from the deeply cultural to the dancehall-soaked, and this came to a crescendo when he dug deep and brushed off some special gems.

Totally in control, Capleton titillated the crowd with his mega hits Slew Dem, Or Wah, and Bad Mind, and as a special treat, he even reeled off his pre-Rastafari single that made him a household name. “Woman mi lotion, mi nuh lotion man!” King Shango shouted a line from the 1991 hit Nuh Lotion Man, and cell phones froze in their owners’ hands as Sky Dweller erupted.

With so much heat, there had to be a cooling-down process, and Capleton, accompanied by the Prophecy band and Bongo Herman on conga drums, transitioned into the acoustic vibe that the promoters had advertised. “Touch it down, mek we go acoustic,” he instructed the band as he performed the comparatively mellow Rise Above. Even the energetic flagman, appropriately named Fyah Stone, who had hitherto been stoking the fire with frenetic, dizzying waves, visibly slowed down to keep apace with the stage.

Prior to Capleton’s arrival, Jah Vinci, expertly backed by saxophonist Tafani and the High Symbol Band, had the task of setting the bar higher for this, the second edition of Hennessy Artistry. Tafani’s solos during Jah Vinci’s set were spellbinding and created a classical contemporary feel that was easy to absorb.

During his performance, Jah Vinci, former Gaza signee, seemed to have been paying tribute to the jailed dancehall act, his mentor, Vybz Kartel. Now managed by producer/artiste manager Notnice, he kept the crowd’s rapt attention as he wove Kartel anecdotes throughout his hour-long performance and selected songs from his Portmore Empire/Gaza days. He also told the true story of the effect the death of his older brother had on his spirituality and his persona, even making him “start bun out God”, a position he later reversed. Among the songs that had the Sky Dweller crowd ‘bussing blanks’ were Mama Love, co-produced by Adidjaheim and Notnice Records, Birthday, My Life, and Oh Why. During his performance, he called on stage upcoming singer Nordia Mothersille, who was making her big-stage debut. Sound glitches threatened to do her injustice, but they were quickly sorted out, and Nordia made a good impression with Sorry, her song on Notnice’s Kyng Midas album.

Jah Vinci, in an interview with The Gleaner after exiting the stage, said that the acoustic vibe and the different environment gave his show a special flavour. “I wanted to show the real me. I kept it humble and spoke about my August Town days to let fans see the other side of me – inna real life,” he said, using one of his favourite expressions. He added: “I was paying respect to myself, as well as Kartel. I made him proud and also made myself proud.”

Hennessy took the artistry literally, as well as musically, and displayed the works of artist Chad Hammond at the event and, in a touch of pure class, made surprise presentations to Capleton and Jah Vinci of portraits of the artistes drawn by Hammond.