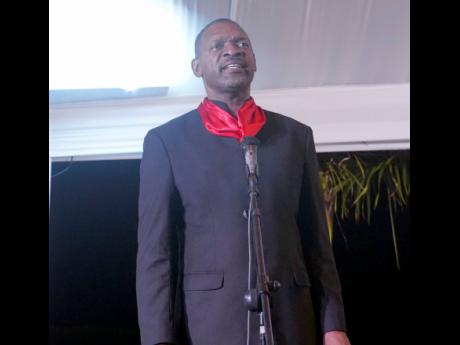 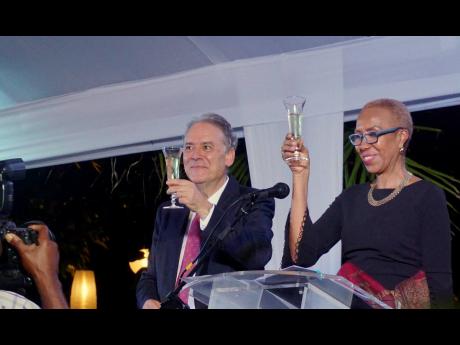 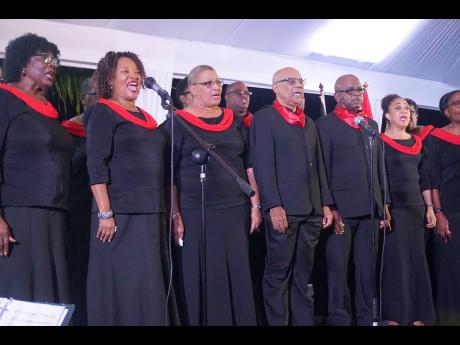 Almost a month after the official calendar celebration of National Day in Spain (October 12), guests of various nationalities donned lounge suits to join Ambassador of Spain, H.E. Josep Bosch, and wife Teresa Gonzalez de Bosch at a commemorative reception in Kingston. The weather-delayed event was set against a backdrop of the tastily decorated garden of the ambassador’s Kingston 8 residence. It was a joyous affair made more memorable by performances from the National Chorale of Jamaica and recorded Spanish guitar music.

Remarks came from Ambassador Bosch and Minister of Energy, Science and Technology Fayval Williams. Both spoke of the shared history between Jamaica and Spain, as well as a strong partnership for economic growth.

For Bosch, an economic opportunity that may be forged between the two countries is through culture.

He said while Kingston has been declared Creative City of Music by UNESCO, “few Jamaicans know that the biggest reggae festival in the world takes place in Spain, in the Mediterranean City of Benicàssim. That is the best platform for Jamaican artistes in Europe, and from this embassy we will try to get Rototom closer to Sumfest, and support both festivals in their projection.

“Culture is the social fabric of society,” he continued, “but it has to also be an industry providing resources and jobs to Jamaica.”

With his country ranked third in the field of culture, Ambassador Bosch said that “Jamaica may find that Spain is the best possible partner to put into value its cultural heritage.”

Williams said whether in language, architecture or names of places, Jamaicans of all ages have been influenced by Spain. She also noted that over the past decade or so, there has been an increase in the collaboration between Jamaica and Spain in traditional and non-traditional areas.

The official section of the celebration continued with performance by the National Chorale, under the direction of Winston Ewart. Perhaps in recognition that the event was also for socialising, the group delivered six selections – three were in Spanish and three in English. The decision was due to a short preparation time. All six explored love.

Soloist Michael Sutherland was entrusted with one of the Spanish songs. He assured The Gleaner that the love song was delivered from the heart “because in order to give the true interpretation in performance, you will have to understand what you are singing.”

The National Day of Spain marks the anniversary of Christopher Columbus’ first arrival in the Americas, October 12, 1492. In Spain, the day is marked with a big military parade that was started in the centre of Madrid, but has since moved to other cities from time to time.

Bosch explained that the parade is followed by an official reception by the king. It’s a holiday, but there is no special meal or event, just Spaniards reflecting on a historical occasion that marked Spain’s important contribution to history, “that’s what makes us so proud of this day”.