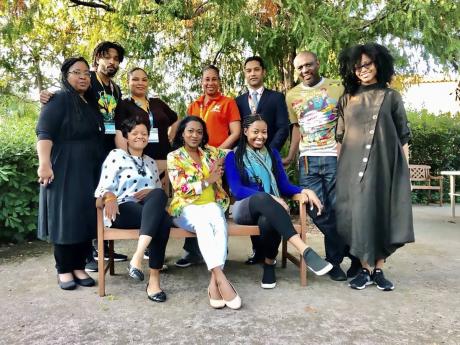 Last month, as part of the Business of Sustainability for Studios (BOSS) programme, the Jamaica Promotions Corporation (JAMPRO) and the Office of the Prime Minister (OPM), with support from the World Bank, led a second delegation with eight Jamaican film, animation and design professionals to the Marché International des Programmes de Communication (MIPCOM) content trade show held in Cannes, France. Upon their return home, delegation members’ reports are glowing, and some have revealed that they are still reaping rewards because their international colleagues from much more developed industries are keeping in touch.

The group comprised different professions and skill sets – animators, content developers, writers and studios, all interested in building up the fledgling film and animation industries at home. “We went as a united force, to see how we can boost the local animation industry. It was a diverse group, but we all went with the same intent. We all wanted to; members of the group had different areas we wanted to contemplate on. In my case, I specialise in content development. I actually have an animated show. That’s what I went to this particular conference for – to see if I can get some interest in the productions. I made quite a bit of contacts,” graphic designer George Hay told The Sunday Gleaner.

Hay saw a lot of booths, a lot of lectures, film and animation screenings, and he saw a lot of animation production companies. “There were people looking to produce, and to sell. Everything related to animation and the film industry was there. There were buyers and sellers and other creative people to showcase their work.”

The experience was especially interesting for Racquel Allen of Animation Bee Studios, who is more accustomed to smaller trade shows. “It’s usually an entrepreneurial setting where you go and pitch to investors whatever you’re offering. But at MIPCOM, it was more personal, more direct. I wasn’t standing in front of a group of investors, pitching to them. We were more sitting beside them. It was a friendly approach, as opposed to the formal setting. It was a good experience for me,” she told The Sunday Gleaner.

Moreso, Allen was subsequently contacted. “Our information was entered in a database. So even after the event, people who didn’t get a chance to meet with us are approaching us now. This week, I got an email from a Chinese company that is interested in investing,” she said. She showcased their project called Rolling Calf, a horror web-toon.

All in all, Hay describes the excursion was valuable. “It was a real eye-opener. Once you hit the ground, walk around and see what is on the international scene, you can see how you measure up and compare where you are to what is out there. The contacts are invaluable. You don’t have access to these people otherwise.”

On this trip, he experienced first-hand the perks of being Jamaican. Hay shared: “One thing about Jamaica, once you tell people you’re Jamaican, there’s an interest. It might not necessarily be to buy anything immediately, but there’s an interest – and that’s an asset.”

The delegation was lucky to experience two conferences – MIPCOM, which embodied animation and film, and MIPJunior, which focused on children’s programming, over a five-day period. “It was well-needed. If we’re gonna impact the international scene, we have to go to conferences like these. You can’t develop a local industry without international contacts. It goes hand-in-hand if you want to earn substantially from it, especially how animation works. Once we have people making these connections, getting jobs and exposure, people will start to look to Jamaica not just as production hub, but for creative professionals.” Hay said.

Based on Allen’s experience, she recommends that studios heading over to such conferences have something to present. “A pitch bible is good, or a project plan. If they have a complete episode, that’s even better. Even a trailer. Buyers and acquisition departments are ready to purchase,” Allen advised.

The conference, which started on October 12, serves as a platform to promote animation projects, network with international industry professionals, and seek opportunities for animation features to be produced in Jamaica as outsourcing projects.