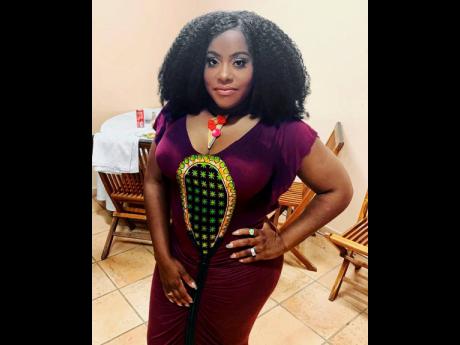 Dimensions, the eight-song EP from Grammy-nominated reggae singer Etana, had its official release last Friday, and when The Gleaner spoke to her on the eve of the release, she was full of exuberance.

“This EP is really highly anticipated. There are eight brand new tracks. Featured artistes are Beenie Man and Pressure,” Etana said, almost all at once, adding that the first single, Rock My Body, was released on October 4.

Etana said that the song has been getting heavy rotation both locally and internationally. “The music video will also be out tomorrow (last Friday),” she said, quite pleased with the fact that things were going according to script.

Known as a roots-reggae warrior, The Strong One steps away in several directions for this EP, which is said to bring “a blend of genres and sounds, aided by powerful live instruments”. Take, for example, the flirty Rock My Body. With its exciting live horns, upbeat dance groove, and soulful vibe, it cannot be classified as message music in the strictest sense, but Rock My Body still clearly defines a message, one called love.

Etana perhaps best sums it up when she describes Dimensions as a collection of moods, with fun being the main element.

“The whole EP is really about fun. There are so many sides to me, musically, and I wanted to go a little deeper and share some more,” she said of the offering, which explores themes of love, unity, and strength and even touches a little bit on marijuana.

An interesting element of the EP, whose bonus track actually takes it to eight, is that there are two collaborations, but both are done with the same song. Track number three, One More Time, is a collab with Beenie Man, and track number eight is the collab with Pressure, a different version of the same song.

According to Etana, “I thought of the two artistes, and they both responded. And when they sent the tracks, I couldn’t pick one because they were both really good. Both of them have whole heap of style and flair, so I just had to drop the two of them on the CD.”

Etana, who was in Kingston for a corporate event, told The Gleaner that she had recently returned from Dominica, where she performed at the World Creole Music Festival alongside Buju Banton and Romain Virgo. On her itinerary, also, was an acoustic show in Martinique, which went very well.

“Coming up, I have a few more dates in New York and also shows in Doha, Qatar, and the Grenadian island of Carriacou, she said.

Released under Freemind Music/Zojak Worldwide, Dimensions will have its big day out this evening. Etana, who has since returned to the US, will be hosting a listening party at Sandz Bar & Grill in Queens, New York.