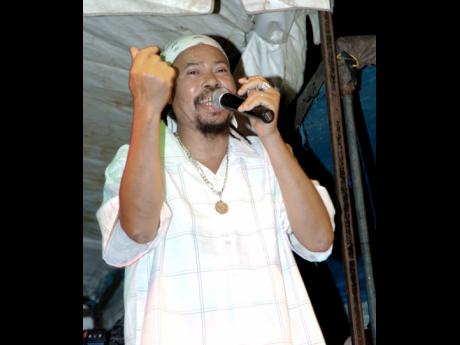 Barbara Smith, better known as Lady Ann, a veteran dancehall artiste whose megahit, Informer, set her in a league of her own, has come in for commendation from the wife of Brigadier Jerry.

“Lady Ann is my backbone. She has been a tower of strength. She don’t leave me out,” she said, in reference to her current ordeal which sees her husband facing multiple charges in the United States.

Brigadier Jerry, a respected veteran artiste, whose real name is Robert Russell, made the headlines last week, when news broke that he had been charged with illegal discharge of a firearm, first-degree robbery, first-degree reckless endangerment, carrying a pistol without a permit, illegal transfer of a pistol and altering a serial number on a firearm. He has been held on a $250,000 bond, stemming from a November 11 incident in Waterbury, Connecticut, USA.

According to his wife, she has been inundated with calls, texts and emails since the incident was made public on Thursday. “People have been contacting me from all over. They have been pouring out their love and I am so grateful to everyone who has offered words of comfort at this time. My daughter goes online and read the comments. A lot of people are shocked because they don’t expect to hear something like this about Briggy. This is very sad, but as a family we are holding on,” she told The Sunday Gleaner, breaking down in tears.

Other persons, she revealed, have also called with offers of financial assistance and this, too, she says, has warmed her heart. “We have a lawyer and we are now sorting out the bail money, which we have to come up with 10 per cent,” she said.

She emphasised that her husband is not a robber. “Briggy in this business before money start mek. Him love it. His talent is a blessing he got from God. Over 35 years now I know him, and I never see him with a pen and paper writing a lyric. People might not know this, but him pray before him go on stage and ask God to put the words in him mouth,” she said.

Brigadier Jerry, who is not a regular on the local concert bills, performed at a show in Jamaica earlier this year, and was reportedly amazed at the reception he received from the younger members of the audience. “A lot of young people in the audience who didn’t know him came up to him after the show and said, ‘My parents used to make me listen to your music as a child’. They were happy to see him perform live, and now for them to have to hear something like this,” Brigadier’s wife lamented.

She said that he has a word for his fans. “From the bottom of his heart, he wants to tell the fans that he is sorry. He says, ‘If they know me, they know that’s not me’. Please pray for him,” was his wife’s request.

Reports are that Brigadier Jerry was at a restaurant with friends when his wallet went missing. His wife told The Sunday Gleaner that she was informed that it was all a prank. “I wasn’t there, but I heard that they hid it and when he asked about it they were laughing and mustering and that escalated the situation,” she said.

The entertainer allegedly left the venue and returned with a gun, which he used to fire a shot in the wall. Brigadier Jerry’s wife is just as shocked as friends and fans. “I’ve never seen Briggy portray that kind of anger in the over 35 years that we have been together,” she said.