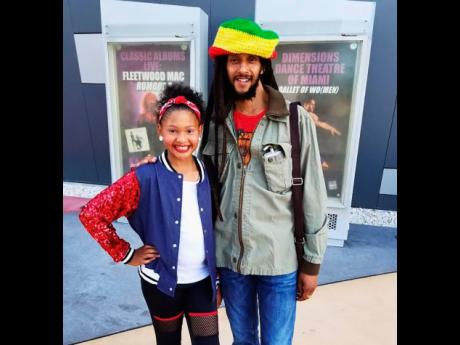 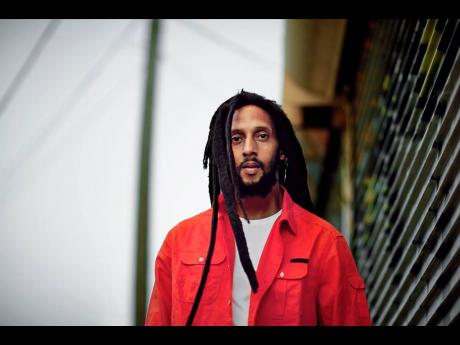 There are no words to aptly describe the year Julian Marley has had. Bittersweet may be one, but it certainly does not encapsulate the grief that comes with losing a child just a few months after a cancer ­diagnosis, then closing a frantic, fervent, harrowing ­calendar with the music industry’s ultimate accolade – being nominated by the Recording Academy for a Grammy Award.

Caveri Marley was 11 years old when she succumbed to a brain tumour on June 15. Issues arose with the young Marley in September 2018, on Julian’s return from a European tour. “The day it [ As I Am] was released was around the same time we found out what was happening. As it was released, it was the same time I found out about my daughter’s cancer. We went through a lot of tribulations throughout that album. Trials and tribulations,” Julian told The Sunday Gleaner.

Nomination for Best Reggae Album aside, As I Am now ­carries heavier weight than a golden gramophone. “This whole album, I would say, is a very important album to me, a very spiritual album. Even if certain songs don’t have nothing to do with it ... . But every song now, the overall thing, there is a very special part in my heart,” he continued.

As I Am, Julian’s first album in 10 years, is nominated alongside Rapture by Koffee, More Work To Be Done by Third World, Mass Manipulation by Steel Pulse and The Final Battle: Sly & Robbie vs Roots Radics by Sly & Robbie and Roots Radics. In an impressive showcase of ­musicianship, the lead vocalist also played guitar, organ, ­keyboards and percussion on most of the tracks.

Following his daughter’s passing, some tour dates were necessarily cancelled, but Julian is getting ready to get back in motion. There are even ideas for a fourth album brewing. “I already have quite a few ideas that floating around in my soul. Music is music, every day we make music. We already have something meditating. We are definitely gearing up soon. The vision don’t stop.”

In addition to turning ideas into song, the legacy musician has added a little advocacy to his mandate. “While researching different treatments for my daughter, we found Canna Kids. Basically, they’re researching the marijuana plant and how to bring it into therapy. But by the time I found them, we were late in the game – the game of life,” he explained.

He continued: “We found out that the whole earth is crying for cures and different things. So I find myself being a part of this whole movement towards finding cures – different than a bunch of pharmaceutical companies making millions of dollars from poor people and still nah cure dem. Just a ease the pressure, for a minute. Jah give us the herbs, which is the Lord’s and the fullness thereof, so everything is here on Mother Earth for the benefit of mankind. That is our fight. Positive over negative. Jah over evil – at all times. It’s a new phase in life now. We have even more to do and give now.”

Julian is currently seeking partnerships with other organisations in the search for ­affordable, holistic treatment and care options. “At the moment we are working with Canna Kids. I see them really doing good things, especially for the children.”

In the wake of his daughter’s passing, Julian will continue to put his multi-­instrumental and vocal skills to work – in contribution to reggae music’s original purpose to speak reality and to inspire. And so, he is ­grateful for the academy’s recognition. “It’s all about message music. So we feel good. We give thanks,” he said.