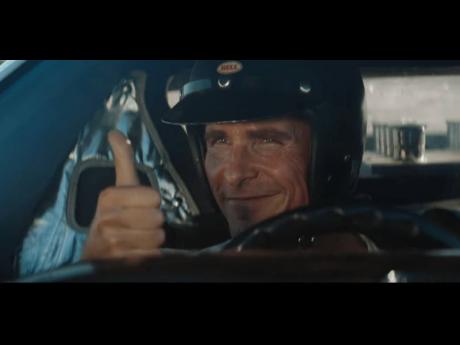 Christian Bale is up for the challenge in ‘Ford v Ferrari’.

Reaching the end of a decade is always considered a time of reflection. We take stock of everything that happened and how those things defined the decade. They are judged by not only their quality but also their percussive impact. Without a doubt, the television show that most springs to my mind when discussing the 2010s is Breaking Bad, partly because its concept of schoolteacher-turned-meth crime lord was wildly compelling but also because of its immense attention to detail. Entire episodes would be devoted to giving viewers insight into what would otherwise be thought of as mundane processes.

Ford v Ferrari is of the same mind with its story. The film shows the development of the Ford GT40, a car being developed as a contender in the 1966 staging of Le Mans, a 24-hour endurance race typically won by Ferrari. Once again, the American underdogs aim to go toe to toe with a foreign adversary, who, by all rights, should emerge the victor. Ford v Ferrari may as well be called Rocky v Drago.

The story has been seen before, especially with a few characters who function as walking plot devices and exposition machines. Like Breaking Bad, the fun of the film is that development –painstaking hours turn into days, turn into weeks, and so on and so on – which are entirely filled with tinkering, testing, and trials. Director James Mangold doesn’t care if you know about cars or not. The joy of the film is watching Matt Damon’s Carroll Shelby and Christian Bale’s Ken Miles revel in the art of perfecting their machine. Through that process, Mangold manages to churn out some important character development, showing the audience the importance of overcoming one’s own ego.

When it’s all said and done, the film delivers on the promise of some superb racing scenes, edited with intensity and an excellent display of how to capture momentum. There are a few moments that come across as manufactured tension and are unfortunate detractors from the film’s quality. Even so, the movie is incredibly well paced, a requirement, given the subject matter, and has a talented team of actors who give their characters depth.

The film is much like the car it is based on. At times it is messy, almost like it’s going to fall apart. It takes shortcuts and is all the better for it, and when it takes off, it’s shockingly fun to watch.