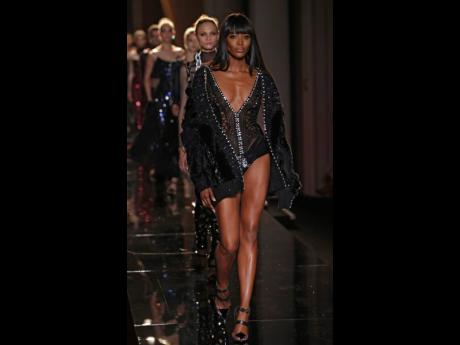 Forty-nine-year-old supermodel Naomi Campbell will be honoured at the British Fashion Council next Monday where she will receive the award for Fashion Icon, and although she is “blessed” to be considered, Naomi doesn’t believe she is an icon.

She said: “It’s an honour to be called it, it is. I don’t think of myself as an icon, but I respect and am very honoured to receive and blessed that they consider me to be one. Does it come with age and how many years? Possibly, right? So is the word icon associated with age? Is it? Is it for longevity?”

The supermodel and actress, daughter of Jamaica born dancer Valerie Morris, insists she just likes what she does.

She explained: “I’m not trying to compete with anybody, I just like what I do, and I don’t do the same thing every day, so it’s a bit of a mix-up, and I like it that way.”

Meanwhile, Naomi previously admitted that while she has been in the industry for several ­decades, she says she’s never had a ­“strategy” when it comes to her work and says that her biggest tip is just to make sure people “take time out” for themselves.

She added: “I don’t have a ­strategy. I would work, and then I would not work. You’d see me, and then I’d disappear and do ­something else and come back.

“That’s how I’ve, basically, kept … That’s been the way of my path. I would never quit. I would just take time out. And I think you have to take time out for yourself in life, period. You have to go and do the things you want to do.”

Campbell’s career began at the age of seven, in 1978, when she was featured in the music video for Bob Marley’s Is This Love.