No letting go for Wayne Wonder 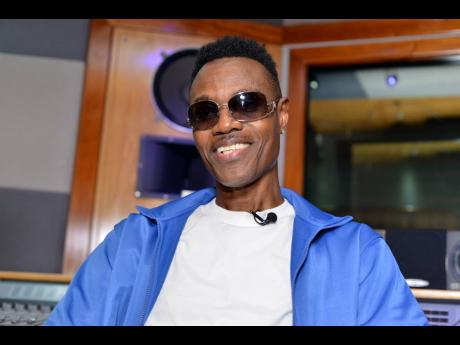 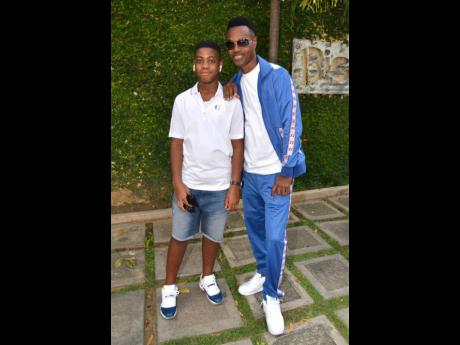 The year was 1991 and a singer named Wayne Wonder had a collection of big songs, which secured for him a space on the Sting stage that December. The venue was the National Stadium in Kingston, and not only was Wayne Wonder excited about his own performance, he had a deejay to call up who he knew was going to “dun” the place. The suave Wayne Wonder paused during his set to introduce a gravel-voiced deejay named Buju Banton, who was making his debut on the Sting stage. Fast-forward 28 years, and the venue is again the National Stadium in Kingston. A gravel-voiced, Grammy award-winning deejay named Buju Banton is headlining his own historic Long Walk to Freedom mega concert.

Buju Banton pauses long enough to call up a singer named Wayne Wonder. For Wayne Wonder, and perhaps everybody else in the capacity-packed stadium, it was a moment. “Buju calling me up at Long Walk To Freedom was just pure joy,” he said with a huge smile.

But the man christened Von Wayne Charles, wouldn’t reveal much more about his long-standing friendship with Banton except to recall how they met at Winston Riley’s record shop decades ago, and to confirm that he had indeed bought the suit that Buju wore on that Sting stage.

“I was just a part of the assist on the journey,” Wayne says, shrugging it off as no big deal. “I was on Eglington (Avenue in Toronto) shopping, and yuh know, we haffi mek sure everybody look good,” he added.

Wayne Wonder has done a lot and has seen a lot more during his over three decades in an entertainment business overloaded with music, mischief, and money. But through it all, Wayne, who is a superstar in his own right, has remained humble and is big on giving respect to those in the industry who have paved the way. And if there is one thing he could pass on to younger artistes, that would probably be it.

“It is important to show respect to elders. Right now, if I see man like Father Beres (Hammond) over there, I am going to stop what I am doing and go over to him and hail him,” Wayne told The Sunday Gleaner.

“I can remember being in studio recording a tune and Father Beres walk in the session. Bwoy, yuh get nervous same time. And if him say, ‘Wayne, tek that note again mek mi hear’, yuh do it. And if him seh, ‘Sing it like this instead’, yuh do it happily. That was just how it was back then,” he recalled.

The entertainer, whose career connected with international success with the 2003 Atlantic Records release, No Letting Go can be considered the blueprint for success in an industry that sees stars come and go like a smoothly revolving door. He moved away, decades ago, from doing covers to writing his own songs, which, ironically, his fans wonder if they are covers. He names Donovan Germain and Dave Kelly among a list of producers who have assisted his career, which has seen him writing, producing, playing the guitar, and staying in the mix even when the music took a turn and favoured deejays rather than singers.

“When the music moved from lovers rock to the more hard-core dancehall sound, at that point I knew that I had to have some up-tempo songs to beep in the mix. So I moved some chords around and give it some melody, and it worked,” he said

Three decades later, Wayne is still finding success and remains in demand. His most recent song is a Delroy Wilson cover, which he has reworked, and is connecting with a different generation.

“When I met Delroy Wilson years ago, he asked me to sing two of his songs, which I did. I have done I’m Not A King, but I call it I’m a King, and it is doing well,” he said of the lovers rock single.

Currently based in Florida with his family, Wayne Wonder, father of two, speaks glowingly of family life, and “my family is very close-knit,” said the singer who surprised his son, Daivon, with a trip to Jamaica.

“Jackie (his wife) and I have been married since No Letting Go,” he said intentionally, flashing his signature smile.