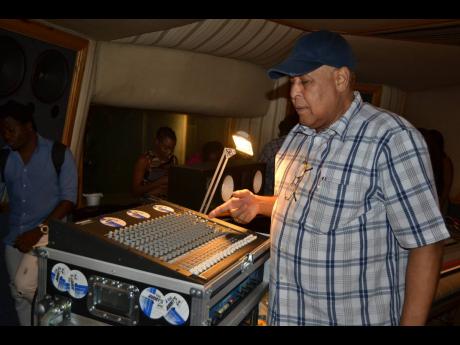 A very passionate Kelissa told The Gleaner that the “beautiful” Jamaican culture should be celebrated. “It is important for us as Jamaicans to honour this culture. As musicians, we do live music and live shows, but beyond the artiste, there is a whole culture of sound system where the selector is building the vibe, alongside the rest of the sound system crew, and creating a level of momentum with the selections of music that they play. It’s a beautiful culture,” she said.

She noted that the sound-system culture has spread around the world, and events like the annual Red Bull Culture Clash are testament to this. “Ones like Major Lazer, for instance, have patterned the sound system culture of Jamaica, and I really feel that it’s something we can celebrate a little bit more,” she said.

Described as a multicultural, multi-artistic event, the promoters aim to present a unique night of culture, music and vibe which will see elements of the Ethiopian culture neatly woven into the fabric of the offerings.

“Thanks to the Ethiopian Consulate for helping us to pull off the connection between Jamaican and Ethiopian cultures. There will be an Ethiopian coffee ceremony, where you can get coffee and teas from Ethiopia all night, and also Anbessa World shop with merch as well as cultural items of Ethiopia. We have visual artists coming on board to display their artwork, and there will also be a dance element to create more of a vibes and honour the dancehall culture as well,” Kelissa explained.

The event had its genesis in Kelissa and Shacia Payne’s recently released Anbessa World mixtape, which Kelissa says was originally born out of some songs that she created from doing sound system performances. “While I was on tour, I would go to some of the after-parties and sing alongside a selector in sound system style, and it was there that these songs were created. I ended up recording and creating this project with Shacia from this element of sound system, and so, since the event is to kind of venerate this project that we put together, we thought it was only fitting to do a sound system session,” she explained.

She says that patrons can expect the usual sound system vibe. “We have King Jammys, and Shacia Payne will also be playing, creating the mixtape in a live format. A few special guests will be passing through, and yuh haffi come to know who will be there. The element of surprise is very important for fans and patrons, but all I will say is that they are people who I have created music with in the past,” Kelissa disclosed.