‘Knives Out’: More than meets the eye 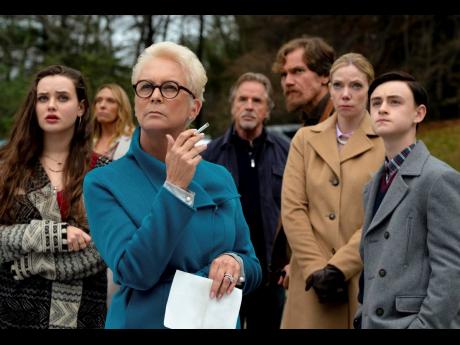 Making a whodunnit for modern audiences is tricky. It’s next to impossible to trick the audience. Even in the event that the diabolical plot is intricate enough to fool, it likely will be accused of trying too hard. On some level, it has to be predictable, like a piece of music with a harmony that satisfies because you anticipate a pattern. Or like seeing all the pieces that lay before you and saying, “That makes sense”.

But the mystery can’t be all that’s there. Back in 2004, Lost took over the airwaves and changed television forever. Since its end, there have been countless attempts at recapturing its wildfire appeal. What Lost has over its imitators is an understanding of what is necessary to making a mystery worth solving. The people involved have to matter.

At the heart of this story is Marta, the nurse to the victim of the mystery, Harlan Thrombey. Harlan is a writer of thrillers that often take the form of mystery, like the film itself. When Harlan dies of an apparent suicide, Marta, who knew Harlan the best, accompanies a brilliant detective who suspects that foul play has occurred. You’re then introduced through a series of interviews to the suspects of this caper, the Thrombeys.

The characters are exceedingly fun to watch, but what makes Knives Out stand apart from previous stabs at the genre is what it does with them. You have the Trump-supporting businessman, the social-justice warrior college student, the alt-right teenager, and the archetypes go on and on. Presenting this mixed bag of political ideologies isn’t just to drum up family tension just in time for Thanksgiving, but it speaks to the movie’s wider point.

I liked Knives Out on several levels. As a fan of film in general, it’s just so satisfying to see something this well written, with several threads that tie together neatly, while still feeling like it’s capable of surprise. It’s a blessing to see actors with this level of control who are able to convince you of their characters, despite being of such high profile. I didn’t see Jamie Lee Curtis, I saw Linda Drysdale. I liked Knives Out because it wasn’t a cynical condemnation of humanity. It takes a look at people, how they see themselves, and how they see the people they think they know. It makes it clear, there’s more to the story than we think.