Vintage Voices | A beginning from The End 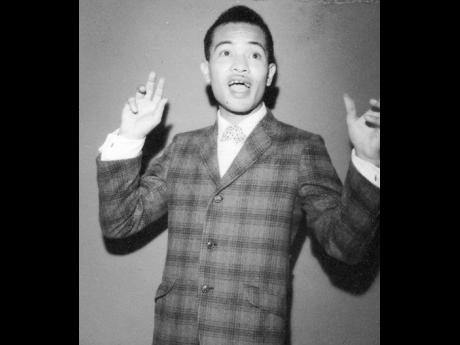 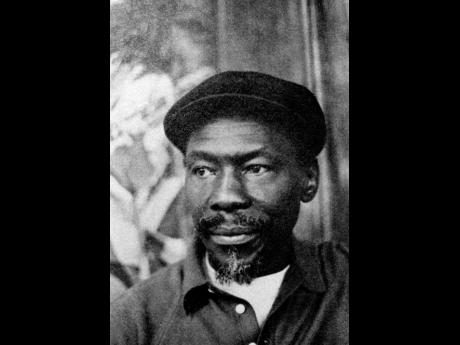 The beginning and the end have oftentimes been linked in early Jamaican popular music. When Clement ‘Sir Coxsone’ Dodd bought The End nightclub at 13 Brentford Road (now Studio One Boulevard) in Kingston from the popular Jamaican footballer Noel Tappin in the early 1960s, it was the beginning of an era that produced the greatest number of No. 1 hits in Jamaica’s music history. Dodd, with the help of his father, a construction worker, transformed the building into the almost-larger-than-life entity known as Studio One. The studio brought to perpetual prominence megastars like Bob Marley, Peter Tosh, Bunny Wailer, John Holt, Alton Ellis, Ken Boothe, Delroy Wilson, Bob Andy, and Marcia Griffiths and the groups The Wailers, The Heptones, The Gaylads, and many more.

The End also came into play insofar as it relates to Lord Creator’s immortal slow piece with that same title. It was, however, the beginning of a flourishing career in Jamaican music that saw the Trinidad-born singer (born Kenrick Patrick) making a lasting impression on Jamaican popular music, especially during the ska era, which lasted from 1961 to 1966. And when one considers that it happened almost fortuitously, it makes the episode even more interesting. In a 2007 interview with Creator, he expanded on the topic. “I had a contract from Guyana to come up to the Caribbean with a group of entertainers, and we were touching almost every island in the Caribbean. While I was doing a show at the Havana Nightclub in Kingston, in the audience was a man named Vincent Chin, better known as Randy, along with a friend from the Gleaner Company named Raymond Sharpe. After they heard me perform and realised that I could make up a song in quick time, Randy asked me to make a song for him about Jamaica’s Independence, which was due on August 6 of that year – 1962. I agreed and wrote Independent Jamaica, which immediately became a No. 1 hit on the island,” Creator said.

Creator’s short stay suddenly seemed to have no end. “I became like an overnight sensation, becoming attracted to the women, the island’s beauty, and the music and just could not leave,” the youngster of 26 years said. As it turned out, Creator made Jamaica his home and fathered several children here, which strengthened his will to stay.

Further hit recordings for producer Randy Chin – Don’t Stay Out Late and Man To Man – and others for Coxsone’s Studio One label, including Evening News, Golden Love, Little Princess, and Rascal Boy, all written by Creator, bolstered his popularity. But meagre financial returns and family obligations soon led to his bankruptcy, forcing the singer to return home on a ticket from concerned family members.

Conditions worsened for Creator when he became hospitalised in Trinidad after suffering a stroke. But just when the end seemed near, suddenly, there was another beginning: “While on my sick bed, lawyers contacted me, seeking permission for the English group UB40 to record my composition Kingston Town. The recording became a big hit for the group, attracting enormous royalties for me, the writer,” Creator gleefully expounded as he spoke to me in Montego Bay, where he bought a home from the proceeds. He had in fact returned to the land he loved a fairly well-off and happy man in 1990 after recovering from the stroke. In the aftermath of the drama, he said: “They call me Lord and Creator, but that should be reserved for God Almighty. He’s the one that has rescued me.”

Dodd’s earliest exploits in the entertainment business were as a sound-system operator in the early 1950s. That seemed to have no end as his sound system, Sir Coxsone’s Downbeat, drew massive crowds to his dances at places like Forresters Hall and Kings Lawn – a few doors away from The Gleaner Company – and The Success Club along Wildman Street, just around the corner from The Gleaner Company as well. But that soon came to an end when circumstances beyond Coxsone’s control forced him into the recording business. The main inhibiting factor was the oncoming scarcity of the American rhythm and blues (R&B) vinyl records to play on his sound, the ones that pulled the crowd and made his business lucrative. Coxsone had to find a way to keep the crowd in the dancehall, and the only way was to make his own records with the same musical flavour.

The stumbling block, which affected all sound-system operators at the time, led to a massive recruitment of singers and musicians and transformed most sound-system operators into record producers almost overnight. What we were experiencing then, albeit unwittingly, was the beginning or formation of the Jamaica Recording Industry, which is a story all by itself. The end to the Clement Coxsone Dodd Studio One legacy seems nowhere in sight, the production having moved some of his business to New York, where it is enjoying a fair degree of success.