Ras Ajai strives to conquer sound, self - Says identity plays a defining role in his music 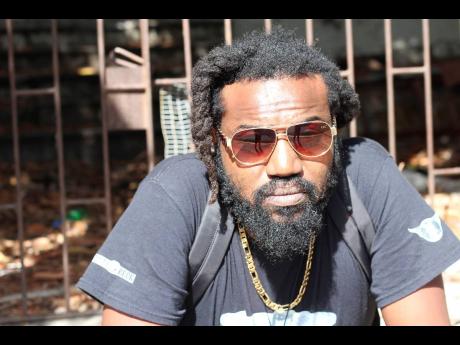 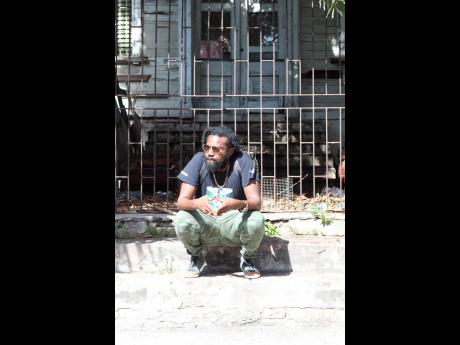 With a small catalogue in rotation on the radio, Ras Ajai is steadily rising through the ranks. He devoted the formative years – approximately a decade – of his career to learning from celebrated musician Dean Fraser and the Black Soil Band. When the grooming stages were over, the next step became clear, he said. Ras Ajai – though prepared to walk in the footsteps of musical giants like Sean Paul to whose label, Dutty Rock Productions, he is signed – yearns to create an illustrious path of his own.

“It wasn’t a decision to leave from under the wings of the musicians, the process of nurturing my vocals and musical style was over. I learnt in great excess from Dean Fraser; what he taught me was monumental, and it included lessons on being good as a person, not just as a performer,” Ras Ajai told The Sunday Gleaner.

Born Brian Todd Sean Antonio Boucher in Duncan’s Pen, Spanish Town, the burgeoning entertainer’s story takes in the separation from his biological mother whose surname he was given.

He said: “I was adopted at a young age; youths need to know adoption is not a death sentence, still. I give thanks for the parents I was provided with because it was a home of love and one where keeping my family identity, my last name, was significant.”

He then transitioned to his Christian upbringing where his exposure to music began, similar to other Jamaican recording artistes. “Encouraged by my adoptive parents, my mother and father, an ordained evangelist, who would sing constantly in the home, but it was my biological father who introduced me to Dean Fraser.” He admitted that at one stage, he was focused on the preaching and teaching. But his curiosity with Rastafari and reggae surpassed his interest in the straight and narrow path.

“First encounter with locks was with an elder in my community. Him seh, ‘Hol’ on pon me locs’, and … lifted me with his locks and I immediately I became captivated. Then again, when I discovered an American group of white Christian reggae musicians, with dreadlocks, and often pondered on the reason locally we were not very accepting of it,” Ras Ajai expressed.

Nonetheless, after the inescapable lectures from his parents when he decided to stop going to church in 2001, he gained their acceptance and he continued soul-searching. He viewed himself as an ‘aspiring Jamaican and Ai-tiopian’, which in short form became Ajai transliterated from Indian Sanskrit Ajay, which means conqueror.

“It is who I am and what I aim for, to conquer, and not to conquer anyone because playing with a person’s mind is easy but to find and master self is a challenge. The name also plays a role in defining my music,” he said.

“As an artiste, one thing some overlook is the need to love you and how to show the best you can be, is to express you. My saying Rastafari never changed my personality, outlook on life or my motivation. I studied accounting, did what I had to do and pursued my dreams of taking on a career in music professionally, recording in 2007 with a single called Let Me Take You.”

Ras Ajai said he is trying to deliver the best of both worlds with his music, which he describes as “arms-house” with a touch of deep philosophy ranging from R&B, pop, dancehall and reggae.

“My upcoming EP titled Gem-In-I, because that is my sign, is a small percentage of the bigger picture – what I am presenting is art in its purest form. The music within me cyaa contain, and thus far I feel I am doing well with tracks like Long Me A Wait and Di Ras Hot, and anticipating the response of the masses with Verified on Sean Paul’s No Caption Riddim on Dutty Rock label,” the recording artiste shared.

He expressed that from the EP, he wants the music to spiritually connect with the people and show what he is about.

“Take what it gives you, and I say that because I know I am giving me … people will get the essence of who Ras Ajai is. When I really think about the path taken, if I had certain influences in my life like garrison-type of living, who to tell what I would have been. I am thankful for the way it was chronicled so I can connect with others through music,” he said.