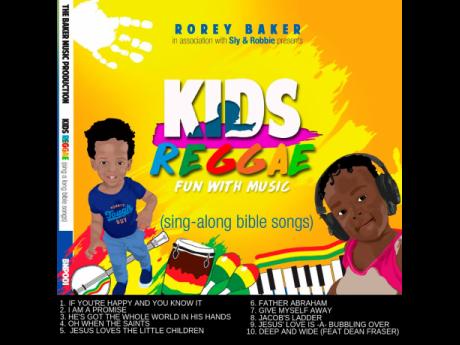 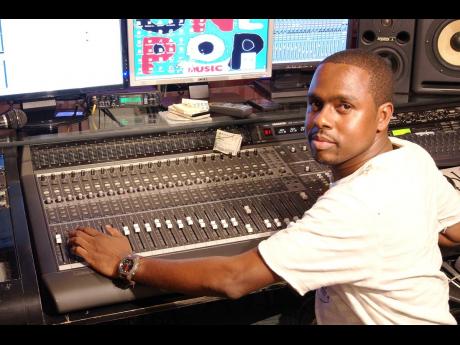 Just before his daughter’s second birthday, studio engineer Orville ‘Rorey’ Baker started a search for reggae music to build her listening library. However, this dad had a hard time finding music that he deemed suitable for his little one’s delicate ears. So, with the help of a pair of legendary colleagues, the engineer took matters into his own hands, producing a child-appropriate reggae music experience.

“Kids Reggae is a movement that is going to be wide. This is just the experiment,” Baker told The Gleaner. The album has 10 traditional Bible songs, including When The Saints Go Marching In, He’s Got The Whole World In His Hands, I Am A Promise, Deep and Wide featuring Dean Fraser, and Jacob’s Ladder, all done to modern reggae arrangements.

Though an experiment for Baker, who has long navigated the music industry, performing engineering duties for stalwarts like his associate producers, for the children, it must have been quite the experience.

Vocals for the album were provided by children between age four and 13 years old. Under the tutelage of three vocal directors, the children went through one complete year of vocal training and recording. With support from the Jamaica National Children’s Home, some project participants were wards of the State.

Guiding the vocalists was an accomplished team of music industry professionals. The vocal directors for Kids Reggae were the late Bunny Brown, Sherida Sharpe (Ashe alum) and Sharee McDonald-Russell (another Ashe alum, currently affiliated with Jambiz Crew at Centrestage). Other contributors include Pam Hall, the late Nambo, Robbie Lyn and Dalton Browne. There was also the involvement of reggae and dancehall music’s living drum and bass legends, Sly and Robbie.

“I tabled the idea to Sly first, and him seh him love it. He’s on board. The musical direction is between me and Sly,” Baker shared.

There is another tier to Baker’s experiment, where he seeks to play his part in the preservation of Jamaican culture. “I was looking for children’s music in the reggae genre, or something close to it. And all I keep bucking up on, and it’s not prejudice, is just white kids singing these songs. I wanted my child to hear these songs in our genre. There are many other children in Jamaica who only know these songs that way, and I wanted to do something about it,” he said.

Before his own project hit the shelves, Baker resorted to instrumentals to keep his daughter musically stimulated. To his taste, the music he heard is appropriate for adults 21 and over. Baker claims there is no musical content in reggae for children.

He said: “It got to a point where I had to buy instrumentals for my daughter, and me and har just dance to Beethoven and dem ting deh. Mi couldn’t find nuh music that was child-oriented. From Miss Lou, there has been nothing. All of our folk songs, from Miss Lou to the Folk Singers, I’m going to do those in modern contemporary reggae for children. I consider this the preservation of reggae.”

Dancehall music and the other genres that Jamaica offered up to the world are also on The Baker Music Productions’ agenda. “We are going to start auditions next month, then we start in the summer. This time, we’re going to dancehall. We’re going to recreate ‘Sammy plant piece-a corn’ and all dem ting deh in dancehall and ska. Just modernising the music for children, so it’s fun,” Baker said.

Now available on YouTube is the album’s first, singalong music video, I Am A Promise. The second music video, Jesus Loves The Little Children, is scheduled for release later this month. “It’s interactive videos, and we’re using children from different walks of life. You’ll have the children in Spanish Town Square or Port Royal, and everything is labelled. It’s a bit of history and culture along with the visuals,” Baker said.