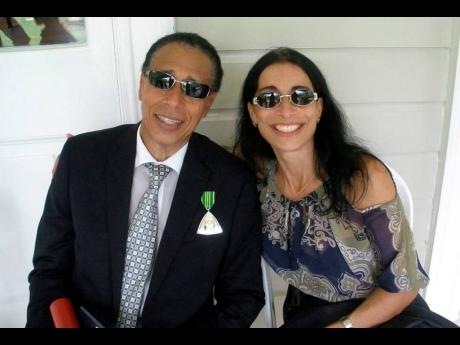 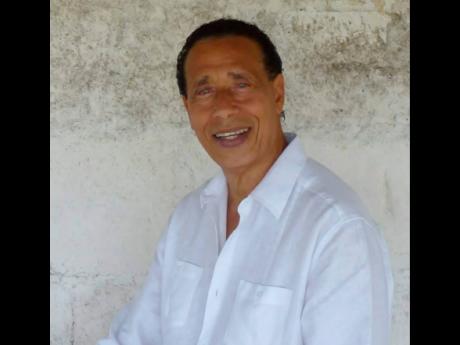 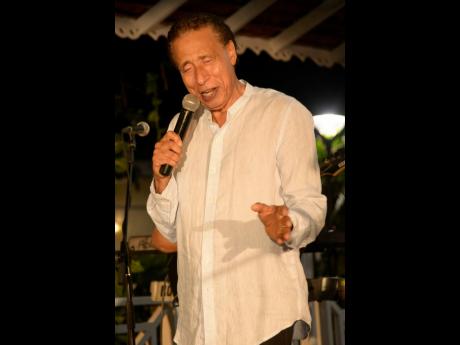 Legendary singer Tony Gregory has an enduring discography, almost 60 years deep, and during those six decades, he has amassed a fan base that stretches across the globe. While the adulation from the majority of his fans stems from his relatable love songs and his incredible showmanship, for music industry guru Copeland Forbes, it’s a bit different.

“I always applaud him because him is a sharp dresser. Him shoes always match him clothes. And him is the first man to bring a Rolls-Royce to Jamaica,” Forbes told The Gleaner with much admiration recently.

That Rolls-Royce was a Silver Cloud B, which Tony Gregory had brought into the island from Canada in 1970, and as he recalls, “it did cause quite a stir”.

“The governor general had one, an older model, and there was this Chinese guy who was into boxing promotion, who had a Silver Shadow, which was the one up from mine. The thing was that people viewed singers and performers in a different way at that time. They looked down on us because they didn’t see it as a profession,” Gregory explained. “So here was this Jamaican guy coming back with a Rolls-Royce … ‘some singer’.”

The attitude to entertainers, he is thankful, has changed dramatically. “They know better now,” he said with a lot of satisfaction.

As for the Rolls, it took the trip to England with him when he was leaving Jamaica.

Gregory, a product of the unofficial music university called Alpha Boys’ School, received the Order of Distinction (OD) from the Government of Jamaica in 2012 for his contribution to the development of Jamaican music for over half a century. That was certainly a momentous occasion for the man who labels himself a perfectionist. But even after nearly 60 years, he is not content to sit on his laurels. The singer who gave the world gems such as Gypsy Girl, Only a Fool Breaks His Own Heart, and It’s a ll r ight With Me is still doing the one thing he knows really well: music.

After performing on stages, too many to count, in most of the continents across the globe and basking in the glory of selling a million copies of one record, the legendary reggae singer is finally getting around to putting out a full-length reggae album.

“I have never done an album that is totally reggae,” Gregory says in very polished tones. “I do contemporary soul, but then I did Gypsy Girl and I was labelled a reggae artiste,” he said.

The former lead vocalist of Byron Lee and the Dragonaires told The Gleaner that he wanted to do an album with persons who he was associated with a long time ago but with whom he had never recorded. “Ken Boothe is one such. Toots and the Maytals is another, and then there’s Marcia Griffiths. Her very first song for Coxsone, You’re Mine, in 1964, was a collaboration with me. We have worked together on numerous shows since then, but this is the first time we are doing another song.”

He shared that “when they were happening in the ‘70s, I was in Europe”, referring to the years he lived in Germany.

Also on the project is a Jamaican singer named Barry Biggs, whose credentials are awesome.

Biggs, who had six hit singles on the UK Singles Chart between 1976 and 1981, had a favourite Tony Gregory song. “I released My Darling in 1963. Barry loved the song, and he used to walk around and sing it and told people that he was my brother. He even recorded it himself, but didn’t release it. So I told him to give me the track and I will rework it. My Darling will be the first single from the album,” a happy Gregory informed.

His excitement is contagious, and when asked the title of the album, he eagerly responded: Celebration He added that his last album, Seasons was released in October 2014.

“I’m very excited about this album. It’s a lot of work collaborating with different artistes, but I’m very fortunate that it all worked out well,” the singer told The Gleaner of the album, which hosts a number of ‘A’ list musicians, including Dean Fraser, the late Nambo Robinson, and Dwight Richards.

Tony Gregory kick-started his career when he won first prize on the Vere Johns Opportunity Hour in 1958 and subsequently turned professional, joining Byron Lee and the Dragonaires as lead vocalist in 1960.