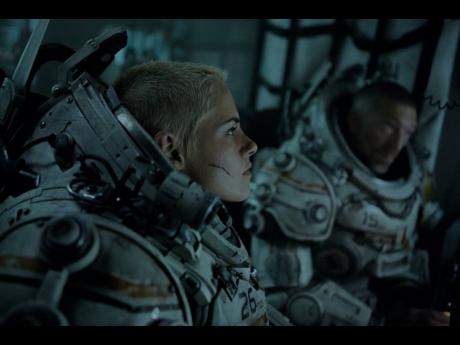 When Martin Scorcese compared superhero movies to theme park rides, he did so attracting the ire of fans the world over. Though his comments weren’t unfounded, I couldn’t help but find them reductive. A theme park ride has little story, character types instead of characters, and the plot is action-oriented rather than any message or character arc. Superhero movies aren’t like that, but Underwater is.

The movie opens with a catastrophe, wasting no time getting to thrills. Underwater seeks to give you a survival experience that’s visually arresting. You’re following a group of crew members at an underwater research station that has mysteriously started to flood. Their only hope for survival is to walk across the ocean floor, armed with nothing but their wits, and some high-tech scuba suits, to a neighbouring station. To make matters worse, something seems to have awoken beneath the depths, and it has an appetite for scared survivors.

Watching the movie I definitely felt a sense of dread. The situation the characters are in strikes the right level of hopelessness. The movie presents a number of problems for the characters to solve, and takes joy in showing you how that’s done. I found myself invested in the details, rather than in the characters themselves. Most of which don’t offer much to go off. The dialogue is hard to hear at times, leaving you to do the heavy lifting to listen for any history a character might have.

Kristen Stewart plays Norah. A grieving yet capable mechanical engineer, leading the survivors, and carrying the film. The rest of the cast helps to maintain the tension, in more ways than simply waiting for their turn to bite the dust. Except for TJ Miller. His role is essentially light comic relief. His inclusion seems designed to balance the film’s gloom, but he ends up undercutting whatever drama is created, and results only in irritating the audience.

It’s easy to call Underwater derivative. It wears its inspiration on its sleeve. The main character feels like she was designed to be a modern-day Ripley, and the way in which the creature is handled feels like a mix between Alien and Jaws (‘Jawlien’?). Still, derivative is not equivalent to uninteresting. There’s plenty a film can do standing on the shoulders of giant monsters. Underwater is a film with a lot of potential. It just never dives deep enough to get there.