Lawyer for just-ousted Grammys CEO fires back at academy 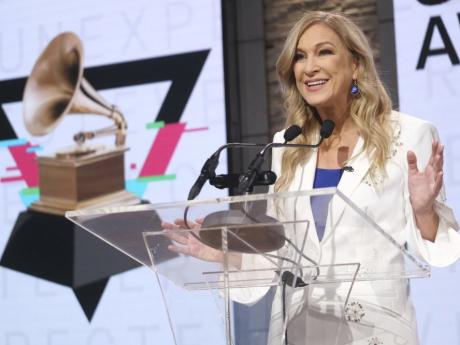 NEW YORK (AP) — Recording Academy CEO Deborah Dugan, who the company announced Thursday was placed on administrative leave, has fired back in a statement through her lawyer, saying: “What has been reported is not nearly the story that needs to be told.”

The academy said late Thursday that its leader of just six months was put on leave following an allegation of misconduct by a senior leader at the organisation — just 10 days before the 2020 Grammy Awards.

But in a statement released Friday to The Associated Press, Dugan’s attorney Bryan Freedman said there’s more to the story.

“What has been reported is not nearly the story that needs to be told. When our ability to speak is not restrained by a 28-page contract and legal threats, we will expose what happens when you ‘step up’ at the Recording Academy, a public nonprofit,” the statement read.

Dugan, the former CEO of Bono’s (RED) organisation, became the first woman appointed to lead the academy when she began the job in August.

Recording Academy Board Chair Harvey Mason Jr., the music producer who has worked with Chris Brown, Jennifer Hudson and more, will serve as interim president and CEO of the academy.

“The board has also retained two independent third-party investigators to conduct independent investigations of the allegations.”