‘Like A Boss’ does what it’s supposed to do 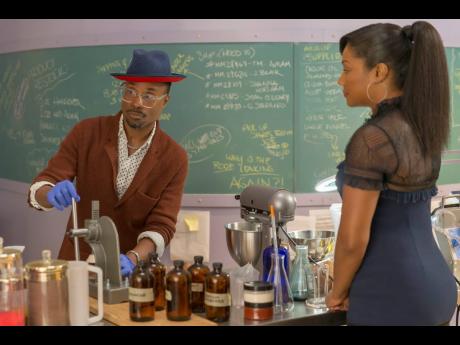 AP
Billy Porter (left) and Tiffany Haddish in a scene from ‘Like a Boss.’

Considering how many parodies there have been made for movies like Like A Boss, it’s a wonder that they still exist. Then again, it shouldn’t be that surprising. Comedies cost next to nothing to make, and they’re flocked to by the very people they’re designed for. It’s why reviewing a film like this one can sometimes feel mean-spirited. Sure, Think Like A Man was awful, but it also tickled the funny bone of the audience it was intended for. Not everything needs to be Citizen Kane.

Thankfully, Like A Boss isn’t nearly as bad as it could have been. Tiffany Haddish and Rose Byrne play Mia and Mel, respectively, co-owners of a struggling cosmetics company, Mia & Mel. It is struggling largely due to the duo’s inability to cobble their lives together. Thankfully, their knight in shining armour comes to clean up their mess. The only problem is, that knight comes in the form of Salma Hayek’s Claire Luna, a ruthless tycoon who sees their 20-year friendship as a threat to good business, and will stop at nothing to divide and conquer them.

Like A Boss is only 83 minutes long so there’s no time for subtext. Every positive message that the film is trying to reinforce is laid out plainly for all to see and hear. Mia & Mel even run their cosmetic company on the basis of encouraging women’s beauty, rather than covering up their flaws. It tackles everything, from female friendships, having a career and a family, and all the hot topics that affect women in the working world. Like A Boss could be more subversive with what it is trying to say, but at least it’s saying something encouraging.

I can’t judge Like A Boss too harshly because, in truth, it does what it is supposed to do. It gives you characters you can relate to, and conflicts you can identify with, not to mention it managed to make me laugh. It’s terribly repetitive, and its predictability makes even its short runtime feel a little long, but considering so many of these movies get made each year and end up saying nothing, Like A Boss gets a pass for being one of the good ones.

People will be able to point at the screen and say, “That’s me!” and hear a positive message reinforced. What else is cinema for.