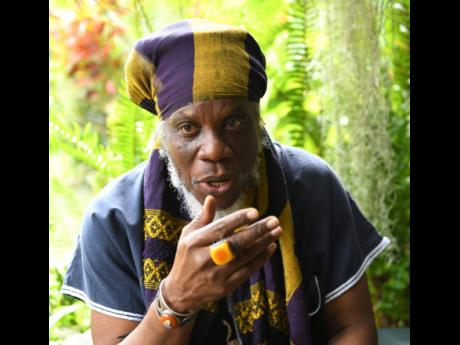 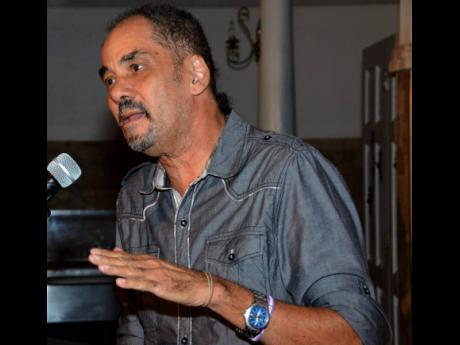 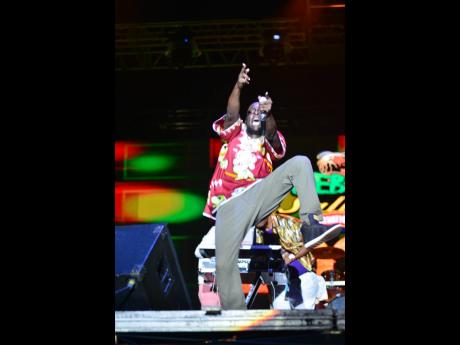 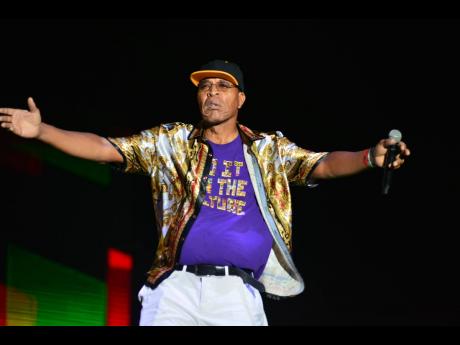 Frankie Campbell, frontman of legendary Jamaican band Fab 5, while questioning the inclusion of a sound clash on the stage of the just-concluded roots reggae festival, Rebel Salute, is also calling out emcee Mutabaruka for his “utterances”.

For the first time in its 27-year history, Rebel Salute staged what was advertised as a Dubplate Display, featuring one of the pioneers in Jamaica’s sound system arena, Jack Scorpio, alongside Dynamq, aka the Sudanese Child/River Nile Crocodile, a multi-award-winning sound clash selector from South Sudan, Africa.

In the days leading up to the event, both selectors had gone on record boosting the trade-off and stating that although it wasn’t billed as a clash, they were both prepared to entertain the audience, and that some “friendly clash vibes” would naturally be a part of their performance.

NO PLACE AT REBEL SALUTE

The affable Campbell, a musician, songwriter and producer, is an ardent supporter of “letting live music live”, and it is on this ground that his ire has been sparked. He noted that Rebel Salute is supposed to be one of the premier live shows featuring the best of reggae music worldwide. “What place does a sound clash have on this platform? Have they not displaced live music enough with sound systems outplaying us 95 per cent to five per cent in the market?” he asked.

The band leader wondered whether the live music element would still be relevant on shows like Rebel Salute in five years’ time and sounded a warning to musicians. “Think on these things,” he said soberly.

With regard to the comments made by dub poet and cultural activist, Mutabaruka, Campbell showed his amazement. “Mutabaruka was on Rebel Salute justifying the inclusion of a sound clash between Jack Scorpio of Black Scorpio (Jamaica) and the Sudanese Child from Sudan (Africa),” he told The Gleaner.

He added: “Muta was the emcee/referee and he stated that this was, up until that point in the show (1:00 a.m. Sunday morning), the high point of the night and that the clash alone was worth the entrance fee. He kept telling the live audience how great what we/they were experiencing was.”

Campbell questioned how Muta could be “making those utterances to an audience that comes each year to hear live music being played”.

When contacted by The Gleaner, Mutabaruka was robust in defending the positioning of the sound clash on the Rebel Salute stage and made no apologies for his utterances. “The dub-for-dub was the most exciting and most entertaining on the festival this year, without apology,” he said of the clash which is now trending on video sharing platform, YouTube.

Emphasising that he made no mention of live music, Muta pointed out that “the two days were all about live music, including all the Jamaican musical expressions, with the exception of lewdness, which is always affiliated with dancehall clashes”.

An entertainer who has travelled the globe, Muta explained that there is a dub-for-dub play-off on most major festivals around the world.

“I wonder if Frankie believe that including live soca would be more acceptable?” Muta asked. “Even the comedy insert was a great touch of genius,” he said in reference to comedian Christopher ‘Johnny’ Daley making his debut on the Rebel Salute stage.

Muta concluded: “Welcome to Jamrock and Rebel Salute presenting Jamaican musical expressions in all its forms.”

“During band changes and at the start of the show, it’s the sound system that entertains, and this happens at every live show, not just Rebel Salute,” he said.

Explaining that the festival has “an inclusive cultural platform which showcases brand Jamaica”, the event CEO added, “The sound system is a component of our industry that helps to establish our music far and wide, and I have no problem featuring them on the Rebel Salute stage. We do not apologise for our creativity.”

Pointing to the pervasiveness of the sound system culture globally, Rebel shared that there are over 2,500 sound systems in Germany alone. He added, however, that many in the audience had never seen a dublate display before and that was one of the reasons for the the segment being so fascinating. “Not everyone can play an instrument like Mr Campbell, but as a part of our Jamaican culture, Rebel Salute is willing to highlight the healthier aspects,” he said.

In reference to Campbell’s question about the sound system replacing live music at Rebel Salute in five years’ time, a very calm Tony Rebel said, “Mr Campbell is not on the Planning Committee for Rebel Salute, and unless he has taken away Capleton’s title, then I don’t know him as a prophet, so he should not go around making baseless predictions.”