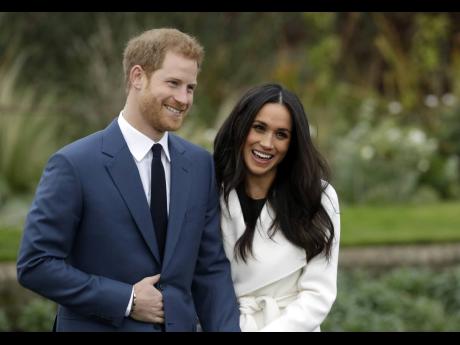 The retired lighting director hasn’t had contact with the former Suits actress since before she married Prince Harry – the father of her eight-month-old son, Archie – almost two years ago and he doesn’t think that will change until he is “lowered into the ground”.

He said: “I don’t think at this point they’re thrilled to see me or want to talk to me. The last time they might see me is being lowered into the ground.”

Thomas, 75, claims to have sent letters and texts to the couple that went unanswered, and he only found out they were expecting a baby after hearing a news bulletin.

Heard it on the radio

Speaking on Channel 5 documentary Thomas Markle: My Story – which aired at 9 p.m. yesterday – he said: “I was sitting in my car waiting to cross the border and I heard the good news from the royals is that Meghan is pregnant.

“Which is almost a joke when you tell people, well, you heard it on the radio. This is my daughter, talking about my grandchild. She’s going to have a grandchild that’s mine.

Meghan and Harry recently announced that they are stepping back from royal life and Thomas slammed the decision as “embarrassing”.

He said: “They are turning it [the Royal Family] into a Walmart with a crown on.

“Apparently $3 million and a 26-room home isn’t enough for them … it is kind of embarrassing to me.”

Thomas went on to accuse his daughter and son-in-law of saying “trashy things” about him and admitted he no longer cares about what they think about him speaking out.

He said: “I don’t care. At this point, they owe me. The Royals owe me. Harry owes me, Meghan owes me. What I’ve been through I should be rewarded for. My daughter told me that when I reach my senior years she’ll take care of me. I’m in my senior years now, it’s time to look after daddy.”