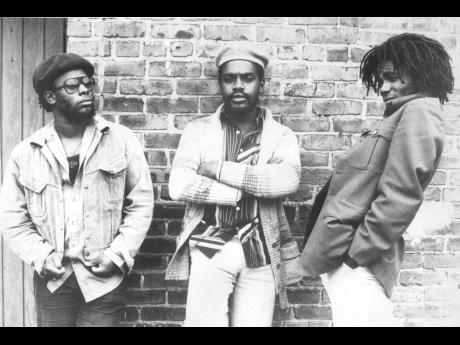 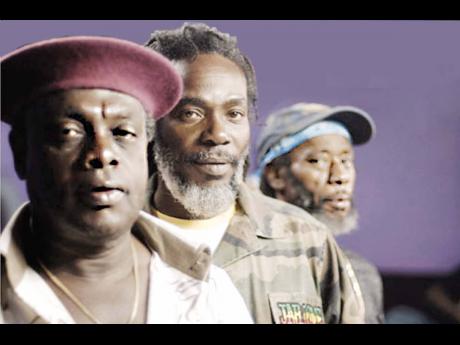 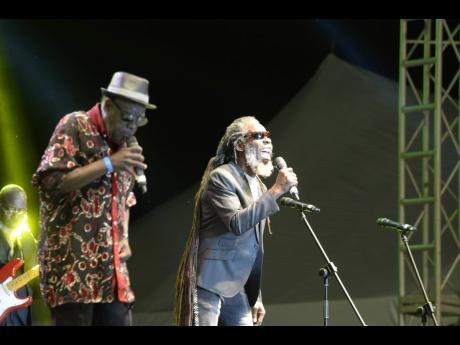 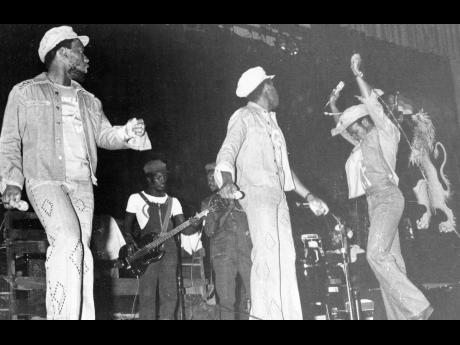 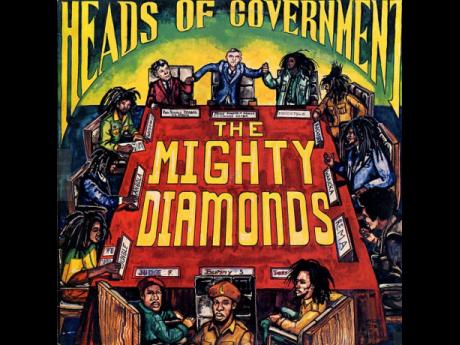 Contributed
‘Heads of Government’ by The Mighty Diamonds cover artwork. 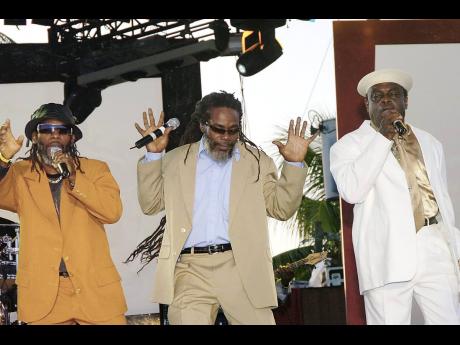 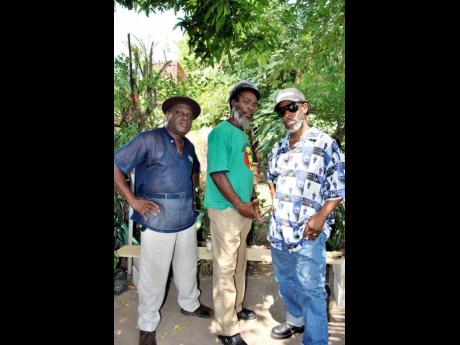 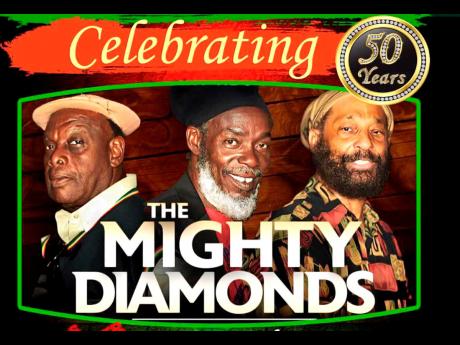 For most entertainers, longevity in music is high on their list of priorities. However, with the entertainment industry as fickle as it is, there is a constant changing of the guard. And so when a solo artiste or a group manages to rack up at least a decade in music, it is considered a huge feat. This year, legendary reggae group Mighty Diamonds is celebrating its 50th anniversary in the entertainment industry and it is defining the accomplishment as a “milestone”.

“I feel overwhelmed right now because we’ve been in the business from 1969, so it’s a very huge milestone to complete five decades in the music. I give thanks to know that we’re still here, still functioning and doing music. It’s a blessing from the Almighty,” said Donald ‘Tabby’ Shaw. The group’s lead singer told The Sunday Gleaner that though 50 years had not been easy by any means, he and his ‘brothers’ got to five decades through hard work and a sheer love for the music. “Jah gave us this work fi do, and we’ve been doing it. He gave us this talent to share with the world, and so we did. We didn’t even think about the money or material things because that nuh really mean much to us. That’s why Diamonds are still here. We’ve doing this for the love, and for the culture, and for the people. Anything to uplift people, that is what we do.”

Highlighting the many struggles the group has faced over the years, Shaw recalled a distinct moment when the group contemplated throwing in the towel. But just when they were about to call it quits, the group’s number was called at precisely the “right time”. “It was about 1973, dem time deh, and we were saying that we were going to give up. We were working for years and nothing never really a happen and we did wah leave it. But when we talked about it among ourselves, we didn’t bother,” he said. “We thought about it hard, and we came to a solution about our career that ended up working out. We built up ourselves, and that’s when we got the song – Right Time. That song came in 1975 and it changed things for us. Have Mercy came after that and then the album. People loved it. They took on to the songs, and from there, things were just on a high.”

Shaw says that there are many lessons he and his ‘brothers’ have learnt over the years, but for him, the biggest lesson has been learning how to relate to people. “I try to learn about people more every day and how to cope, and music gave me that opportunity. By meeting new people every day and learning new cultures, I gained a greater appreciation for life, and I learnt to love more,” he said. “Dealing with different personalities and adjusting has been good for the group. The way we relate to people has been one of the things that has brought us to this 50-year anniversary. It’s because we know how to interact with our fans why we’ve lasted this long.”

Speaking of longevity, Shaw gave a few tips on how to manoeuvre the industry. He said that although the music industry has undergone some drastic changes, once entertainers recognise that the music should come first, a long-lasting career is not impossible. “We had our ups and downs over the years, but we try not to let it come in the way of the music. When we had our little disagreements we never gave it any space when we were working. When we were making music, we put everything else aside and just focused on that. That’s what got us to this point. We all had egos, but music was bigger and more powerful than that,” he said. “We knew we wanted to be remembered as the group that came from Jamaica and burst on to the international scene to shed a different light on the country, and nothing was going to stop us from doing that, not even us.”