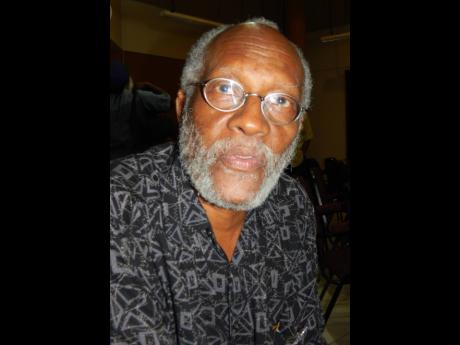 Grounation, a Rasta ceremonial event in which ­verbal exchange, reasoning, and artistic expression lie at the core of ‘overstanding’, is the title of choice for the annual Reggae and Black History Month activities presented by the Jamaica Music Museum (JMM). Vibrant and seeped in culture, the weekly Grounation lecture series in February has evolved as one of the more ­significant events on Jamaica’s cultural calendar.

For 2020, the Jamaica Music Museum has conceptualised a rather ear-catching theme, ‘Blackhead Chineyman – The Chinese Jamaican Contribution to Jamaican Popular Music’. ‘Chiney’, ‘Chineyman’ and ‘Chineywoman’ are terms used in Jamaica to refer to persons of Chinese descent. Cultural historian and director of the museum, Herbie Miller, feels it’s time that the integral role played by the Chinese in Jamaica’s musical history is thoroughly explored, in a forum which promotes academic presentations and encourages audience participation and artistic expression. He explained that the symposium and the accompanying exhibition of the same name will illustrate how the impact of the Jamaican Chinese on the island’s culture, inspired and promoted the Afro-Jamaican inventiveness which produced an indigenous musical form. The aim, he said, is to showcase their contribution to the development of mento, ska, rocksteady, reggae and all other Jamaican popular musical forms and the musicians who created them.

“The Chinese participated as producers, musicians and artistes, so they were there at every level, dating back to the ’50s when Vincent Chen owned the biggest mento label,” Miller shared with The Gleaner.

He further explained that while most persons automatically think of Byron Lee (of Dragonaires fame) many other Chinese businesses were transformed from ice-cream parlours, radio shops and grocery shops to become leading production houses of Jamaican popular music.

“There was Beverly’s Records that launched the careers of Jimmy Cliff, Bob Marley and though Derrick Morgan would have already been an accomplished artiste at the time, he too, also recorded with Beverly’s. Channel One with the Hookim brothers was also a force, then there was Randy’s Record at North Parade that grew into VP Records the internationally recognised recording and distribution company,” Miller said.

History records that during the rivalry between then young artistes Derrick Morgan and Prince Buster, Buster released the single, Blackhead Chineyman, in which he questions, tongue-in-cheek, the heritage of the obviously black man, Morgan, with the line ‘I did not know your parents were from Hong Kong’.

Miller points out that the context out of which this unique “Blackhead Chineyman” culture emerged was in response to the abolition of slavery in Jamaica; hardship in China and the introduction of indentureship by the British who colonised both these countries.

“When they came to Jamaica as indentured workers, the Chinese opened shops and the formers slaves, who didn’t always have the money to buy from them, were allowed to ‘truss’, so here started the relationship with the shopkeeper, Mr. Chin. Also, it was mostly men who came at first, so naturally, they cohabited with the island women and these relationships bore fruit,” Miller stated. He pointed out that at that point in history, both the Blacks and the Chinese were regarded as the scum of he earth, so the powers that be, in response to this synergy between the two groups, started limiting the number of Chinese nationals trafficked into the island.

The Grounation series, Miller notes, will also demonstrate that as a result of the Chinese/Jamaican admixture, at present, there is a growing interest in Jamaican music and popular culture among “hip” youth in China. “At the same time, these sessions will further illustrate that Jamaica’s music and culture are arguably only rivalled globally by American and British popular music and cultural expressions,” he concluded.

The ninth staging of Grounation will be held February 9, 16, and 23, and concludes on March 1. Topics to be explored include: The Crane and the Hummingbird; Hookim Hook Dem: Channel One Cook Dem; Dragon’s Nest: Beverly’s (Leslie Kong); Dynamic Sounds (Byron Lee); Top Deck (Justin Yap) and close off with Randy’s.