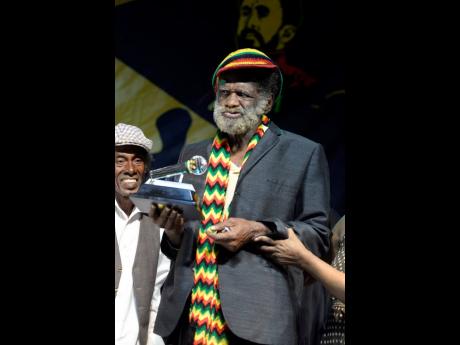 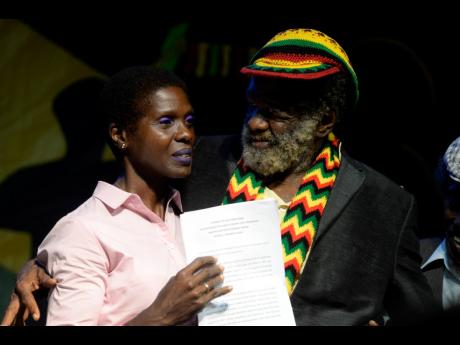 Today, veteran reggae artiste Junior Byles turns 72 years old. As the singer continues to suffer from mental-health issues, with recent videos that seemingly show him wandering the streets of Kingston, his daughter, Christine Byles, wants to dispel rumours that he is not being taken care of. Instead, in celebration of his birthday, she urges Jamaicans to remember her father as he was – a gift to Jamaican music, who gave the world hits such as Fade Away and Curly Locks.

Reminiscing on her days as a youth, Byles, who describes her father as a gift to reggae music, recalled being nurtured and loved by the reggae star. “Although I knew he was a reggae icon, he was and still is my dad. Growing up with him was very normal and simple. He was a very humble, kind, loving, peaceful and friendly person. He was always gentle. I remember being such a daddy’s girl,” she said. “I could get my dad to do anything so I have fond memories of him. I remember he used to swing me on his chest in our hammock while he sang. He was always singing.”

Byles, well aware of the demons her father has been battling over the last 40 years, says she’s getting ready to return to the island once more to personally attend to him and again try to get him some help. She explained that in addition to his mental-health issues, the singer has an enlarged prostate.

She denounced claims that her family didn’t do enough to help her father. Instead, she said that as he gets older, her father’s condition worsens and the family has always looked for the best options in assisting him. “As far as preventing his mental illness, there was no way we could have predicted or prevented this. The family has always done what they believe was best for him. We’ve always followed the advice from the health ministry/clinical department, but nothing we did could stop this,” she said.

But, while her father’s situation saddens Byles and her family, she said she’s taking solace in the fact that people have been showing him love and support. Speaking of the videos that have surfaced over the past month, Byles says that is not her father’s reality as he is with family, and that footage was shot only metres away from their home. She says his family members have, nonethless, taken some positives from the videos.

“As a family, we are forever grateful for the heartfelt support and concern,” she told The Sunday Gleaner. “It makes me feel empowered because they (the videos) have shone a light on mental illness.”

Before the elder Byles began battling his mental-health issues, he was rubbing shoulders with some of music’s brightest, including the legendary Lee ‘Scratch’ Perry, Duke Reid and Joe Gibbs. He was co-founder of a group called The Versatiles before he began pursuing his solo career. His song Fade Away, released in 1976, is considered his biggest hit and remains one of the most sampled reggae tracks. Byles wants Jamaicans to remember that her father gave his music career 100 per cent. “Looking back at his collection/catalogue, they represent him and the Jamaican culture. He was a gift to music and he loved it 100 per cent. His contributions helped put Jamaica on the map for reggae music,” she said.