‘Bad Boys for life’: Ride till I can’t no more 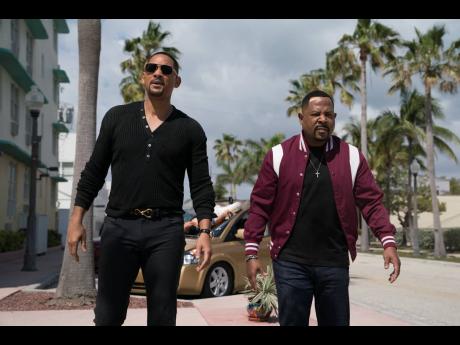 AP
Martin Lawrence (right) and Will Smith in a scene from ‘Bad Boys for Life’.

In the 25 years it has existed, I’ve never seen a film from the Bad Boys series. If you asked me the names of the characters, I would have said “Fresh Prince and Martin”. Still, even with my limited knowledge, I could tell you of a few iconic moments. The time Mike and Marcus intimidated Marcus’ daughter’s boyfriend; the time they burst into a KKK rally with guns blazing, or even the iconic shot of the duo with Martin Lawrence exclaiming the exact moment when things got real.

Old is the name of the game in this film. Smith and Lawrence aren’t in their 20s anymore. If this had been another film of the pair running and gunning with reckless abandon, it would’ve been ridiculous. Well, ridiculous in a different sense than it already is. The movie still manages to have unbelievable stunts, but it also finds time to treat its characters with consciousness.

The film has to have the fun sense of adventure that it’s known for, so the kind of lofty, contemplative ideas that are dispersed throughout the script are under done. Nor is it what you came for. It’s like walking into Burger King with a craving for a whopper, but they tell you they only have steak tartare. A meal of that calibre is always welcome, but right now, you want a greasy, fatty whopper. And even if you did want steak tartare, you don’t want it made by Burger King.

The story is no different, and in fact gets treated like the action. This may not be directed by Michael Bay, but it has all of his sensibilities. Directors Bilall Fallah and Adil El Arbi manage to serve the rule of thumb that scale is everything. The plot is middling with big explosive reveals like a telenovela (an observation that is espoused by one of the characters no less). At the very least the story serves the characters.

Bad Boys for Life is rife with humour that didn’t always have me laughing, but never made me irritated, and was always consistent with the characters. I commend the movie on being an action movie with a brain that actually cared about its heroes. It unfortunately doesn’t always serve that characterisation well, since at a certain point, things have to get real.