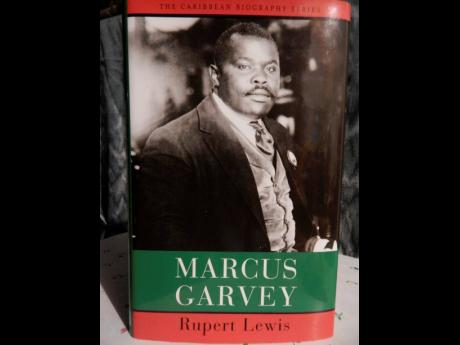 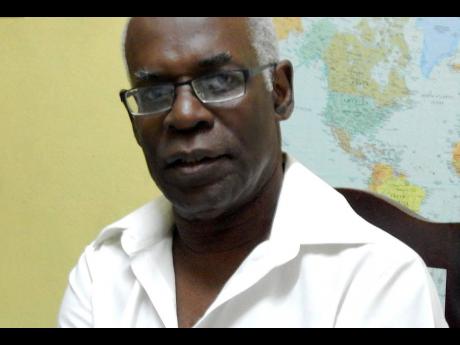 In order to join in the conversations taking place this Black History Month, many people will be trying to learn a bit more about our national heroes. Their quest for information about the most popular, Marcus Garvey Jr, will doubtlessly cause some to ask about his parents. What were they like that they produced such an extraordinary man?

“Garvey was … a polymath: he excelled in many different areas of human thought and practice. He exemplified a capacity for creating complex organisations, for extraordinary leadership talent, for extrapolating from the last half-millennium new philosophical insights relevant to the survival and development of Africa and its diasporas; in addition, he demonstrated an appreciation for the arts and was also, as poet, song lyricist and playwright, a practitioner of the arts; he was an entrepreneur, publisher, journalist and visionary.”

That paragraph is from UWI Professor Emeritus of Political Thought Rupert Lewis’ latest book on Garvey, eponymously titled Marcus Garvey. It was published by the University of the West Indies Press in 2018 as part of the Caribbean Biography Series which “celebrates and memorialises the architects of Caribbean culture”.

What we learn about Garvey’s parents from the book is tantalisingly little, and I consulted other books that Prof Lewis wrote or edited for more information.

Garvey’s father, Malchus Mosiah Garvey, was a mason in St Ann’s Bay whose stone and brick work on houses, churches and tombs were much admired. Also a very influential ‘village lawyer’ and voracious reader of books and newspapers, he would regularly read interesting articles in newspapers to illiterate listeners. As a deacon of the Methodist Church, he settled disputes, wrote letters and gave advice to peasants.

Of his mother, Sarah Jane, who worked as housekeeper and cook in middle-class homes, Garvey wrote that she was a “sober and conscientious Christian, too soft and good for the time in which she lived”. She was “always willing to return a smile for a blow, and ever ready to bestow charity upon her enemy”. She and Garvey Sr got married two years after the birth of Garvey Jr.

Garvey saw his mother as “the direct opposite” of his father, who was “severe, firm, determined, bold and strong, refusing to yield even to superior forces if he believed he was right”. Stating, too, that his father was “a man of brilliant intellect and dashing courage” who was “unafraid of consequences”, Garvey added that he “once had a fortune; he died poor”.

The laudatory tone is ­curious, considering the cause of Garvey Sr’s descent into poverty. Intelligent he was, no doubt, but one who ignores the consequences of his actions could hardly be called wise.

From the writings of Amy Jacques Garvey, Marcus’ ­second wife, we learn that a news­paper publisher in Kingston, Mr Gall, had been sending Garvey ­copies of the newspaper for years and when Gall died, the executors sent Garvey Sr a bill for thirty pounds, a huge sum then.

He refused to pay it, was sued, lost the case but still refused to pay. One of his many properties was attached and sold for much less than it was worth. He felt this was unjust and, becoming more and more cantankerous, he quarrelled with one neighbour about the location of a boundary line, with another about the cutting down of a cedar tree, and was in and out of court with the matters. With the loss of his cases came, eventually, the loss of all his lands, except for one house spot.

To make ends meet, Mrs Garvey sold her baked cakes and boiled confectionery in the town centre. Unfortunately, the fees she had to pay for a licence to sell drastically ate into her revenue.

The marriage broke up when Marcus was 15 and Garvey Sr handed over to his son the ­responsibility of caring for his mother (until she died at 56 in 1908) and elder sister, Indiana. Later, by court order, he also had to provide maintenance for his father who, in June 1915, was committed to St Ann Poor House.

On the brighter side, however, Garvey Jr inherited from his father his intelligence, determination, love for beauty and, perhaps most important, his love of books. Garvey said that the inspiration gained from his father’s books changed his ambition from being a wharf-man or cowboy to being “a personality in the world”.

That he did become.