‘Dolittle’: Talking to no one 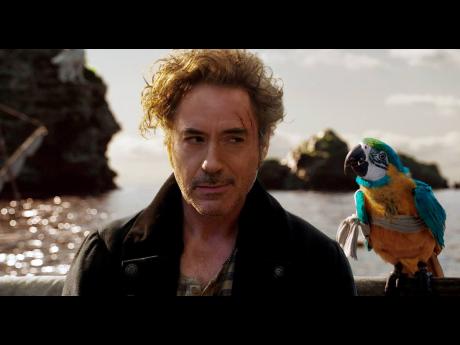 Upon opening, the film shows promise. The tale of Doctor Dolittle and his wife traversing the world unfolds in beautifully simple animation. It’s a touching beginning to what is otherwise a turgid and unmitigated disaster of a film. After a lifetime of adventures, Dolittle became a shut-in after the death of his wife, keeping his genius from the world at large. If only his film took the same approach.

From that point, Dolittle becomes the target of two persistent children. One, an animal lover bringing an injured squirrel to the good doctor’s attention (thanks to the guidance of a talking parrot voiced by Emma Thompson who, bless her heart, is giving the performance of a lifetime). The other, the child assistant to a child queen who has suddenly fallen ill, and is resistant to conventional medicine. The only answer is, of course, the doctor with unorthodox methods.

It features the talented voice cast as various creatures, anthropomorphised and trying their best with dialogue meant to satisfy eight-year-olds. Actually, even eight-year-olds would call this stuff basic. Think of the kind of puns you read at the end of a popsicle stick, and that’s what Dolittle has to offer.

Though you mostly hear the animals sound like their actors, the introduction to Dolittle’s mode of communication is so disorienting that it coloured my experience for the rest of the film. Not to mention, if Dolittle is speaking to the animals in their own languages, how in the world are they communicating with each other? When the polar bear and the ostrich get into bickering, are they speaking polar bear or ostrich, or does every animal instinctively know what the rest are saying? Questions, I have several, yet the answers still elude me.

I can’t blame anyone for this film. It’s filled with things that felt like they would be the natural places to go for a first draft of a Dolittle movie. The problem is, there doesn’t seem to have been a second draft. That said, it is an absolute majesty to watch, and one of the weirdest films I’ve seen in a long time. If the film-making weren’t so shoddy, I’d recommend it as a ‘catch it on cable’. I still think you should see it, but only from the most morbid of curiosities, or as the guiltiest of pleasures.