Derrick Lara of The Tamlins has died 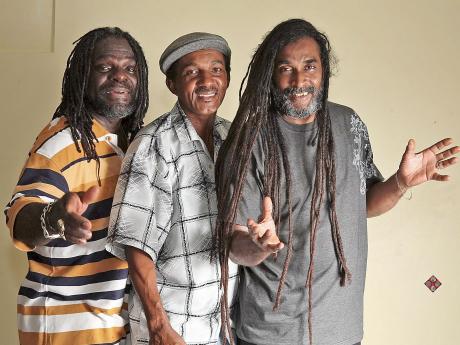 Derrick Lara, a member of Jamaican vocal group, The Tamlins, has died.

Lara, 61, died about 5 o'clock this morning at his daughter’s residence in Miami, Florida.

Carlton 'Tamlin' Smith, a member of the group, told The Gleaner that the singer had been experiencing bouts of illness for more than a year and had sought medical attention in Jamaica.

He said, two months ago, Lara discovered that he had cancer.

"It was in December that he found that he had stage four cancer," Smith said.

He said doctors made the discovery while checking on some other problems linked to what was suspected to have been a stroke suffered in 2018 .

"He had been going to doctors and doing all kinds of tests, but it was when they did a CT scan that the doctors realised what was the real problem," said Smith.

The cancer, he said, had spread to several organs, causing complications.

Smith was full of praise for Lara, who joined the group in 1983.

"He was a great drummer and singer. He had a falsetto that was amazing. He was a member of the group for 36 years and we travelled the world playing music," Smith recalled.

Glory Music CEO, Tommy Cowan, told The Gleaner that he believed Lara was at peace.

“Carlene (Davis) and I spent some time with him in hospital in December and he gave his life to the Lord. He just cried and cried, and he was so happy,” Cowan said.

He remembered Lara as a wonderful, caring human being whose talent was beyond question.

Lara was a father of two.

Prior to joining The Tamlins, he recorded with artistes such as Beres Hammond,  Everton Blender and Anthony B.

He also enjoyed a solo career, which saw the release of a number of albums, namely, Reality, Right on Time, Motherless Child and Just a Vibes (w Beres Hammond).