‘Birds of Prey’; A mixed bag 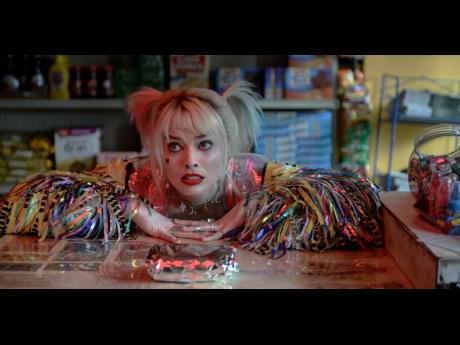 AP
Margot Robbie in a scene from Birds of Prey.

Birds of Prey is only an hour and 49 minutes, but in that time it establishes itself so strongly. Yet, the language of the film is a known one. The movie has the DNA of Deadpool, and Scott Pilgrim vs The World, combined into the mutated one-of-a-kind masterpiece that is Birds of Prey.

This hyper violent, abundantly colourful romp, is also the deep and touching story of a woman breaking free of her abuser. Harley Quinn is once again played by Margot Robbie, and she is having to make a go of it on her own. It’s something that she’s not sure that she can do. Before the credits roll, Harley has to figure out who she is without the Joker, and if this standalone film can, indeed, stand alone.

Birds of Prey never pulls its punches, and it feels like one of the only movies of its type to sincerely delve into the complicated and pervasive nature of abuse. The characters all have depth to them, which facilitates the kind of performances that resonate. Each of the ensemble has enough character and story to justify their own film, and they’re all brought together as organically as possible.

All roads lead to the deliciously villainous Roman Sionis, aka ‘Black Mask’, played by Obi Wan Kenobi himself, Ewan McGregor. He’s whimsical, scary, and all-around repulsive. McGregor plays him with such conviction that it’s a pleasure to hate him from the moment he steps on screen.

There’s a moment in which Harley Quinn, after a night of post-break-up drinking, decides to ram a tanker full of gasolene into the Ace Chemical Building, the place where she became the Joker’s victim. There’s a cacophony of fireworks – and enough exposure to deadly chemicals to render the nearby neighbourhood a hazardous environment – celebrating Harley’s emancipation. It’s a moment that most comic book films are too safe to venture for, and it has more impact than they could ever dream.

The film’s consistency aside, it feels like its manic nature results in a lack of focus. At a certain point, bringing the characters together becomes a task that the movie doesn’t seem fully equipped to handle. Therefore, when it finally does happen, it lacks a sense of impact. It’s a joy to watch them together, but the kind of cohesion they present feels unearned. The third act feels a little rushed. Then again, with this movie, rush doesn’t seem to be a bad thing.