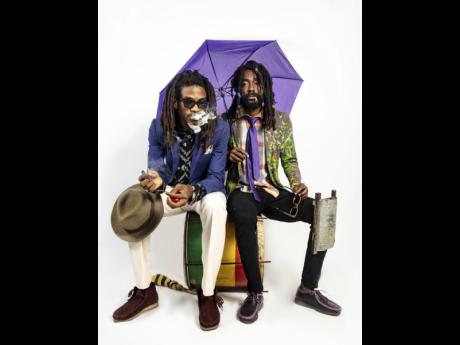 Reggae artiste Italee has high hopes for an upcoming two-day festival, Italee and the Circle of Brethrens Festival, which will be held in Gordon Town, St Andrew, on February 29. The second leg of the festival, called ‘River Dub’, will be held the following day on March 1 in Penfield Village.

The roots rock reggae festival will be held under the theme, ‘Spread the Love, Share the Joy’.

The festival will feature the talents of No Maddz, Italee, Peter Lloyd, Isha Bell and Israel Voice. International acts include Holly Hianes from London, the band Brain Holidays from Croatia, Trix Star from Germany, and guest musician Paul Huppler from Seattle.

“I started this festival four years ago, the first one held in 2016, and I normally do a series of it in the Reggae Month period. The house is packed with backpackers and journalists from all over the world, and roots rock reggae fans.

Now, I am making it a major festival in the middle of Gordon Town Square. I have a great relationship with the Gordon Town community and the support of the police.

Papine is a gateway to many communities and I want to draw a whole lot of people from Tavern, Kintyre, August Town, and open it up to the public,” she said.

“Gordon Town is a historical landmark and what it represents in terms of community activism. I am opening the door to start the push for next year to get the Jamaica Tourist Board, and potential sponsors from the diaspora in the USA have expressed an interest in sponsorship, so this has the potential to be a major event in the future.”

Gordon Town Square was renamed the Louise Bennett-Coverley Square in 2019 in honour of ‘Miss Lou’ during her centenarian birthday celebrations which took place in Gordon Town, St Andrew, where she resided for many years. Miss Lou, a social commentator, actress, writer, folklorist, songwriter, poet, television and radio host, died in 2006 in Toronto, Canada, at age 86.

“Miss Lou was not only just a resident, but also a beacon of light for the area. Through her philanthropic efforts, she aided in the enrichment and overall development of the neighbourhood,” Italee said.

Italee plans to release a six-song EP in March on the Ovastock Records label.

“The producers are myself, and Gibby Morrison. I worked with a lot of prominent musicians on the album, such as Paul Kostick, Gibby, Mikey Fletcher.

I was in hibernation for years, staying away from the music, but I walked out of hibernation and on to Nanook festival and did a freestyle performance that caught the eye of different European journalists who exposed me online and I got several bookings in Europe each year after that,” she said.