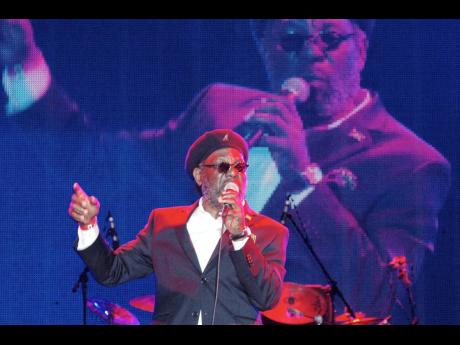 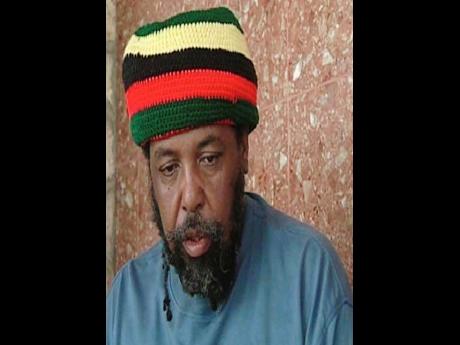 Kareem ‘Remus’ Burrell, the son of late Xterminator producer, Fattis Burrell, is truly satisfied with the outcome of a project on which he was working: a song that late Third World lead singer William ‘Bunny Rugs’ Clarke had recorded for his father. Another dimension of this project, which could be called the icing on the cake, is that this has led him to interacting with Bunny Rugs’ daughters, who have given their blessing and flung open the door to the possibility of future collaborations.

“It’s really good. I didn’t know Uncle Bunny’s daughters before. We met through me wanting to put out the song and contacting the family to make my intention known, and they and their mom embraced the idea,” Burrell told The Gleaner.

It was in 2009 that Bunny Rugs voiced the song for Fattis, and it has been languishing in the Xterminator label’s vault ever since, following the deaths of both the producer and the reggae singer. Fattis passed away in 2011 and Bunny Rugs in 2014. The single, which is titled Run Away, is a reinterpretation of a chant that Ras Michael and the Sons of Negus had also recorded. Burrell, who was determined to bring this song to life, was able to assemble a coterie of top-class musicians to work alongside him on this all-important task.

“We have Sly Dunbar on drums, Lenky Marsden on keyboards, Earl ‘Chinna’ Smith on guitars, Danny Bassie on bass, and Bulby York doing the mixing. We put some new lyrics from Samory I and Karbon, and everything worked out better than planned,” Burrell explained. They also produced an in-studio video, which was posted to YouTube before the single dropped. Run Away was officially released on Friday on Burrell’s XTM Nation label.

According to the young producer, he felt pressed to release this particular song because of the climate of negativity. “I felt like the January began with a whole heap of decadence throughout the world, and we needed a spiritual chant like this to get back the balance,” he offered.

Reggae singer Samory I spoke glowingly of the song, which has a message that resounds with him. “Rugs did the chorus before him drop out, and Remus got me and Karbon to put in some verses. It speaks about how ghetto youth need to get away from the system. Instead of walking around looking for a leader, they need to start leading. I like that,” he told The Gleaner.

For Bunny Rugs’ daughter, Alexandria, everything about this project has been a pleasant surprise. She said that she wasn’t even aware of the existence of the track, but the words tripped off her tongue as she made no attempt to disguise her excitement. Like Burrell, she sees the significance of the collaboration on a higher level. Of her first conversation with Burrell, she said it was natural and flowed. “It was two children coming together and reminiscing about the legacies of our dads who have passed. We have never met, but my mom knew his dad,” Alexandria, who was born and raised in the United States, said.

“When he played the song for me, it was the first time I was hearing it and Dad’s voice sounds so good. I like the culture vibes. It’s great that we can come together and relive the work that both our dads did together,” she said in endorsement.

Alexandria refers to herself as the CEO of her father’s music and says it is her duty to bring a little organisation to that side. “We are going through Daddy’s catalogue with the intention of keeping Bunny Rugs’ legacy alive,” she added.

While she takes a hands-on approach, she revealed that her younger sister, Adrianna, is following in their father’s footsteps.

“ Adrianna, who is the singer in the family, is classically trained, but reggae will always hold a special place in our hearts. Reggae was naturally embedded in us, but at home, we would also hear jazz, R&B, and other genres. My dad didn’t limit himself to one type of music,” she shared.

She recalled that one of her first memories was a Third World concert and pointed out just how special that was. “When we were able to see him on stage and see how his voice affected the people, it gave us a different kind of appreciation. We went on tour with him to Japan, and all the Third World kids went on tour with the band one summer,” she said.

Bunny Rugs is one of the artistes whose birthday falls on February 6 – the others being Bob Marley and Derrick Harriott – and to honour him, the family makes an effort to spend the day together and reflect. Burrell also paid tribute to Rugs on his birthday.

“Our way of honouring Uncle Bunny was by dropping the video on February 6, his birthday.”

Alexandria added: “Memories are what have helped us to get through these past six years.”