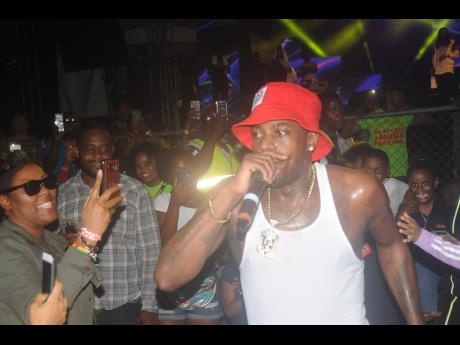 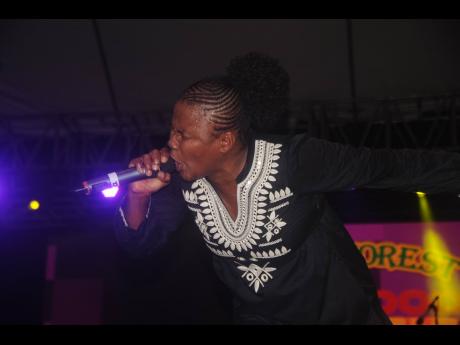 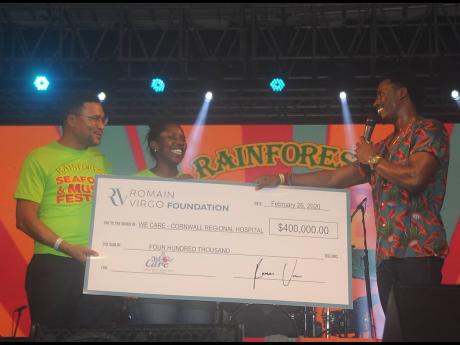 Adrian Frater
Romain Virgo hands over a cheque for $400,000 to benefit the Cornwall Regional Hospital. 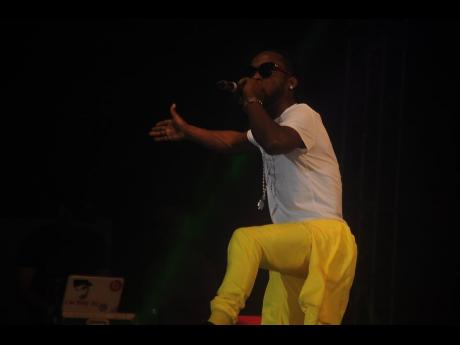 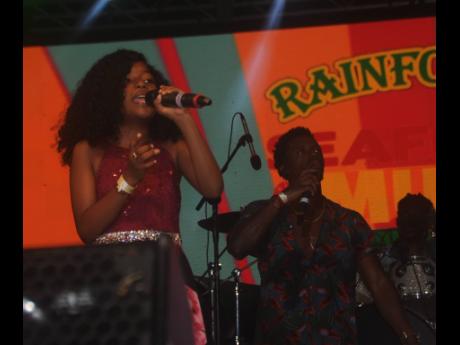 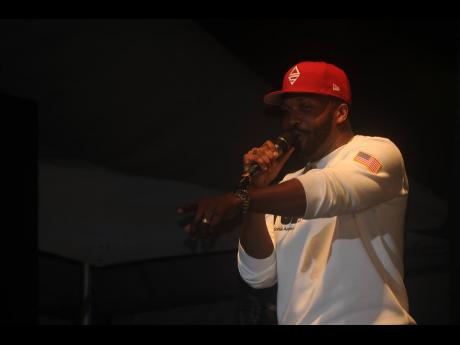 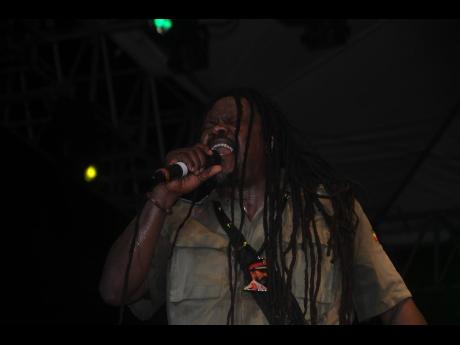 Artistes Romain Virgo, Agent Sasco and Ding Dong Ravers were at their generous best Wednesday night as in addition to churning out impressive performances at the annual Rainforest Seafoods and Music Festival in Montego Bay, they also collectively donated over J$500,000 to the Cornwall Regional Hospital (CRH), the charity being supported by the event.

Virgo, who donated J$400,000 of the amount, went an extra step as he also paid the musicians, who provided backing services during his hit-filled set, which had the patrons – energised by the delicious offering of fish-based meals during the day – operating like a well-rehearsed choir.

The entertainment package, which also featured former female dancehall sensation-turned-gospel star Marion (Lady Saw) Hall; reggae’s messenger Luciano alongside Idol and Stylo G, was as refreshing as it was impactful, as the performances were devoid of vulgarity, which made it a true family event.

Ding Dong and his dancing ravers were all energy as they took the performance from centre stage into both the VIP and general sections, and although the charismatic group leader emerged minus items of clothing, in his own words, “it all good man, dem yah a mi people, dem nah tek my jewellery”.

The Ravers, who were at their vocal and dancing best, in belting out Bad Man Forward, Low Mi Nuh, Gas, Genna Bounce and Fling, were viewed by many as the performers of the night.

Virgo delivered the type of performance which left no doubt that he has earned his place among the outstanding reggae acts of his generation. He was bang on target in his delivery of Rain is Falling, Love Doctor, Stay with Me, Way Too Beautiful and Chatty Chatty. The proverbial icing on the cake came when he was joined by the diminutive Teshae, whose crystal clear voice added context to the thought-provoking song, Dutty Man.

Agent Sasco, who took patrons back and forth from his Assassin days, showed off his versatility as he unleashed materials from his hit-filled catalogue. It was all joy for the patrons as he connected with songs, such as Mix Up, All Aboard, Informer, and Winning Right Now. He basically hit cloud nine when he was joined by Romain Virgo for their big ‘collab’, Dutty Heart.

Minister Marion Hall was in a prayerful mood, albeit she was at the Catherine Hall Entertainment Centre, where she gave some of her most memorable dancehall performances before she switched from secular to gospel. She got the customary love from the fans as she showed she remains a potent performer on songs like Warrior, You are My Strength, Room in My House and If You Have Jesus.

Hall also used the opportunity to make it clear that she would not return to the secular world, declaring that, “Mi nah allow Lucifer fe draw me back inna de dancehall.”

Like Hall, Luciano was also prayerful in his performance, invoking the presence of ‘Jah’, as he highlighted some of the daily challenges and called for a return to ‘godly values’. He was quite impactful in his delivery of trademark hits, such as Sweep Over My Soul, Want A Revival In My Soul, Messenger, Glory Be, and Me Again Jah. His kneeling prayer for Jamaica created a spirit of reverence.

While clearly overshadowed by their more illustrious counterparts, emerging acts Idol and Stylo G – who connected big time with his catching song, Stunting – also made their mark.