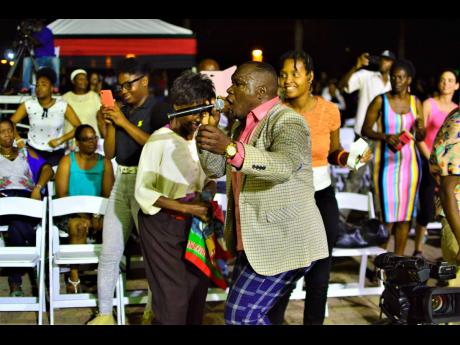 Photo by Anthony Minott
Minister Lubert Levy gets close to his audience during his performance at Reggae Wednesdays ‘Rhythm in Praise’ in Emancipation Park last Wednesday. 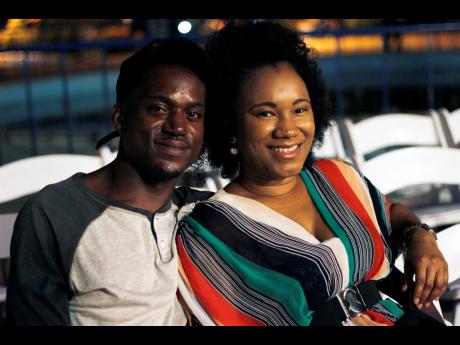 Photo by Stephanie Lyew
Alrick Donaldson (left) and Grace-Anne Golding get close at Reggae Films in the Park. 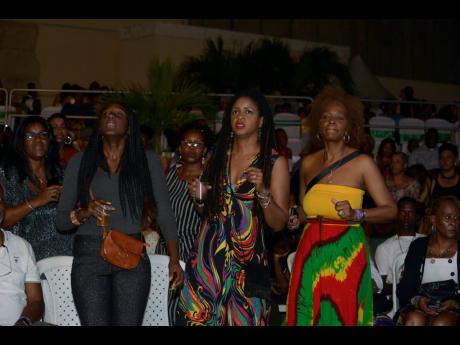 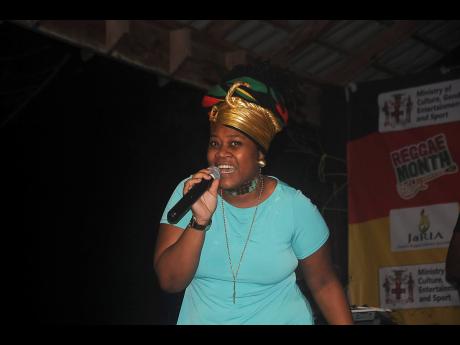 Adrian Frater
Kimmi Gold delivers at Children of the Icons in Negril. 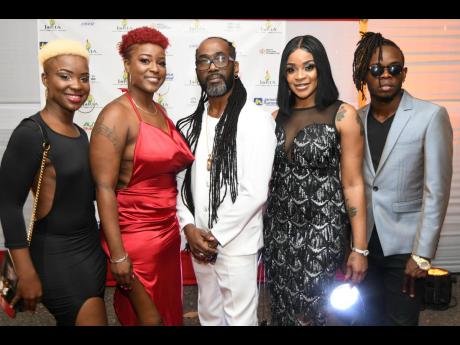 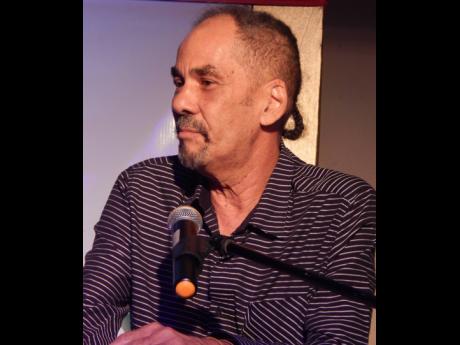 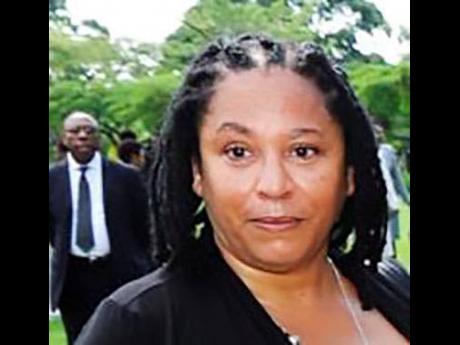 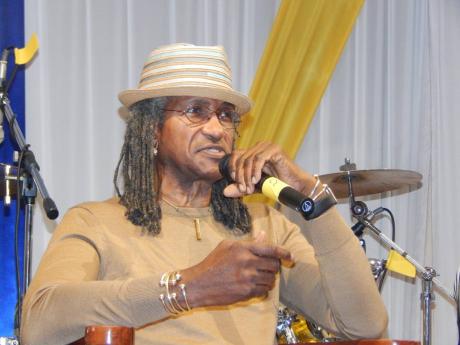 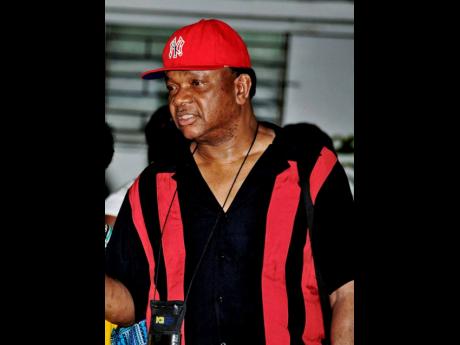 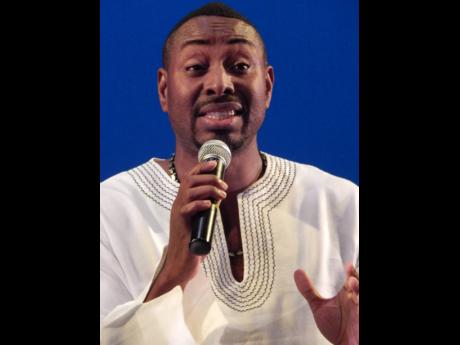 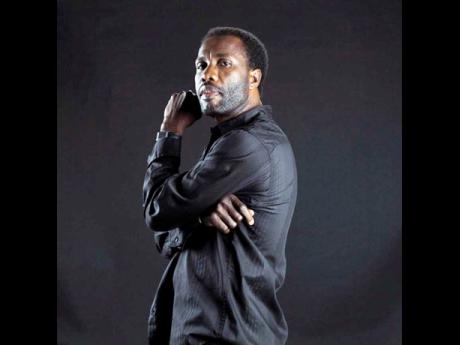 With over 100 events unfolding over a blissful 30 days, all of which enjoyed varying levels of success, Reggae Month 2020 is being hailed by many industry players as the best ever. The calendar was chock-full of ­activities, among them the weekly Tuesdays on the Mound, Reggae Wednesdays, Children of the Icons Concerts, Grounation, JaRIA Reggae Open University, Reggae Films in the Park, Dennis Brown Tribute Concert, JaRIA Reggae Awards, Meet Us On Beat Street and Jamaica Music Conference (JMC).

For Andrea Davis, founder of International Reggae Day (IRD), this is how Kingston, with its Creative City designation, should look every month, not just in February. Davis, who is germinating a 360-day Reggae Day concept, told The Sunday Gleaner, “This has been a very active Reggae Month. The JMC was quite informative, Grounation was very good and it was lovely to see Dennis Brown finally getting the kind of respect and honour that he deserves.”

An enthusiastic Sly Dunbar stated, “Reggae Month 2020 was like a month of holiday. It was great and will go down in history as one of the best ever staged. Koffee winning the Grammy going into Reggae Month was a big boost. She is forcing the industry to change, especially if she comes out with another Toast, and I know she will.”

Television host and On Stage CEO, Winford Williams, told The Sunday Gleaner that Reggae Month 2020 was much better than in previous years. “It’s growing and has become a staple that we are all looking forward to. I like the combination and the variety of events in the different locations. They are inclusive and are ­allowing other people’s ideas to come to life. People in the industry are giving it the thumbs up.”

The Sunday Gleaner saw Fab Five band leader, Frankie Campbell, enjoying the Reggae Wednesday curtain closer at Emancipation Park last week. “After a slow start, it built up very nicely,” Frankie Campbell said, speaking specifically of Reggae Wednesdays. “It probably needed a few more weeks of promotion, because, even last week when Toots and Chris Martin and other big names were here for a free concert, the place wasn’t full. But look at tonight. This is excellent,” he said of the crowd which had turned out.

Music industry all-rounder, Copeland Forbes, said that there have been great improvements over the years. “Tonight’s [JARIA Reggae Awards] production and presentation, for example, was first-class. I can see where a lot of work was put into it. Lady G said it was the first time that she has been getting an award from her country and look how long she’s in the business. It’s a great effort from the staff and I lift my hat to them.

He added, “However, they have to space out the thing. On Saturday, there were six events. I wanted to attend JAVAA, the Trench Town event for Junior Byles, Rockers Takeover and Jamnesia, but I had to miss some.” Like Frankie Campbell, he expressed disappointed at the turnout at the penultimate Reggae Wednesdays. “With heavyweights like Toots, Luciano and Chris Martin, I thought the park would have more crowd than when the Kardashian boy come out here. But, I am in the business and I only knew about an hour before the event who was on the line-up. It’s a free show and if a free show can’t draw more than a thousand people with a line-up like that, then it’s telling you that something is wrong. They need to do more PR. But other from that, the events have been very good, and this one is the icing on the cake.”

Ewan Simpson, JaRIA chairman, said that Reggae Month did what was intended.

“Jamaica is reggae central and here is where you come when you want the authentic experience. It is true that Reggae Wednesdays could have benefited from better marketing, but there are teething pains. Last year, we had only one Reggae Wednesday, so now that people are seeing and hearing it in this venue, we know that next year, we will be having bumper crowds. Reggae Month 2020 has been the most successful so far and has restored the faith of the people in what we have as an entertainment product. We have been able to put on mostly free events and have staged the most events ever in a Reggae Month, over 100. We are grateful and of course tonight’s [Wednesday] Rhythm in Praise is a very beautiful way to say thanks to the Almighty for a great Reggae Month.”