Xodus’ Breakfast Party not dampened by rain - Early to ‘Debut’, on time to fête 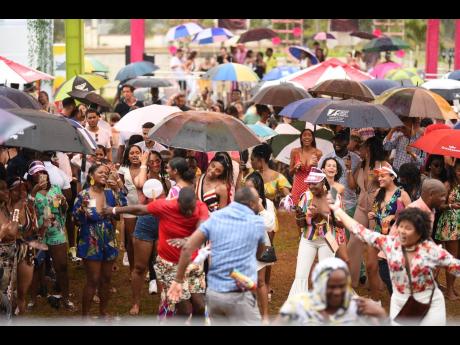 Stephanie Lyew
Patrons partying in the rain at Xodus Debut Breakfast Party inside The Ruins at UWI last Saturday. 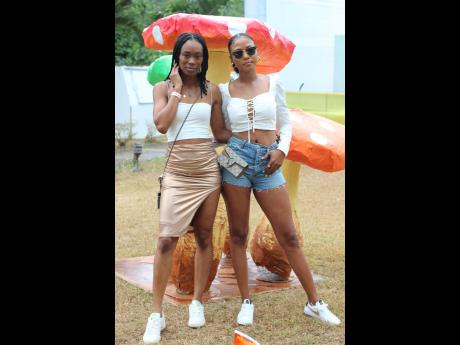 Stephanie Lyew
These two soca maniacs, Naceen (left) and Jody, were caught seeking shelter by the mushrooms in The Ruins at Xodus Debut Breakfast Party 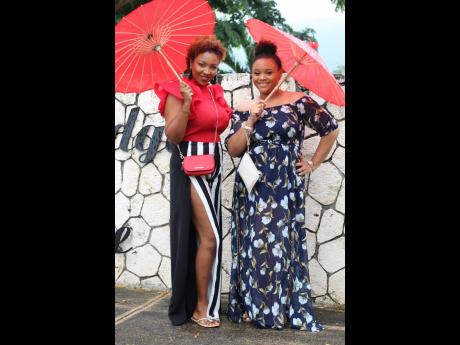 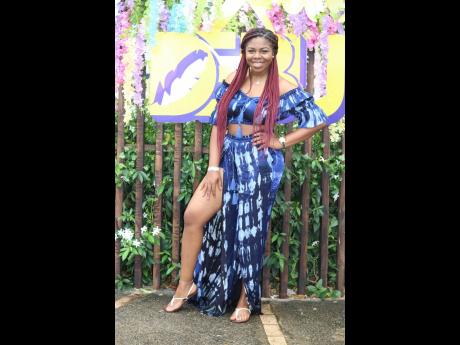 Stephanie Lyew
Shannon Grant, assistant promotions and events coordinator at Grace Foods and Services was out to keep an eye on things at Xodus Debut but definitely had a few looking in her direction in this number. 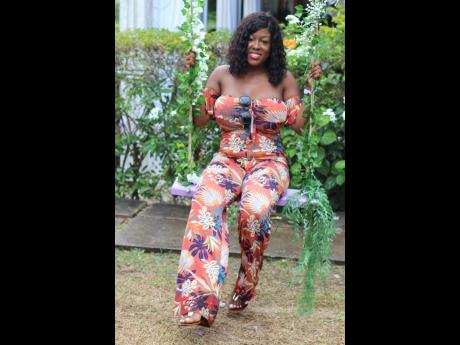 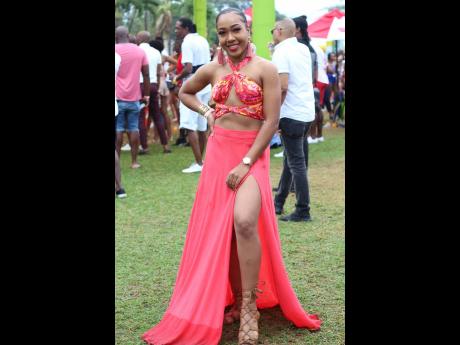 Stephanie Lyew
Kyla Da Silva was not only early but bright, wearing a beautiful flowing outfit and a smile like the sun for the soirée. 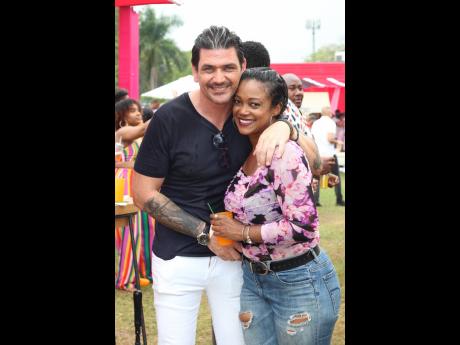 Stephanie Lyew
If there's anything these two feterans Jamie Belton (left) and Danielle Campbell have in common, it is a love of soca. 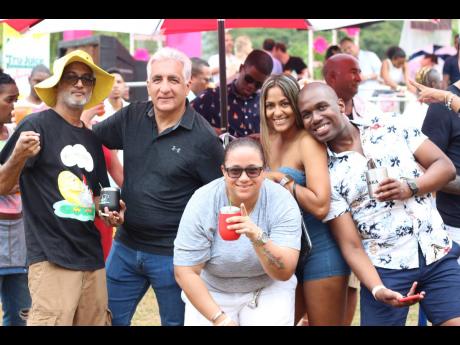 Stephanie Lyew
Simply put by this group, nothing like good friends and good rum to have some fun. 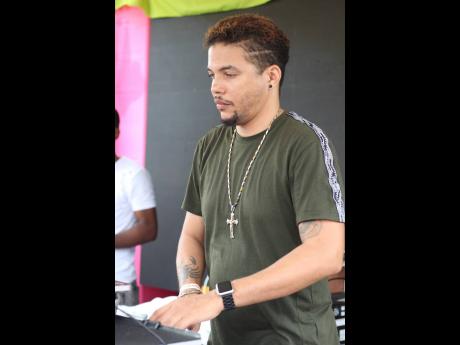 Stephanie Lyew
DJ Nicco stays focused as he explores the soca playlists of past and present during Xodus Debut last Saturday, held at The Ruins, University of the West Indies, Mona Campus. 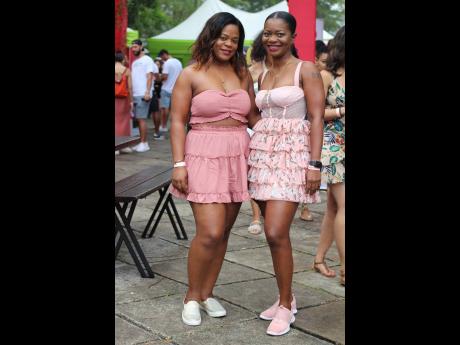 Stephanie Lyew
Coordinating in blush pink outfits and sneakers, these girlfriends Marshell Irving (left) and Shereika Jones made it a date to strut their stuff at Xodus Debut.
1
2
3
4
5
6
7
8
9
10

All-day showers last Saturday could not ‘soak up’ the energy radiating from the persons who arrived at The Ruins, bright and early, and on time, for a few hours of breakfast carousing at 6 a.m. It was obvious from the entrance that the organisers of Xodus Debut (originally an after-hours event) and their sponsors planned for a sunny soirée, as it was last year, conveniently gifting coloured visors and branded paper fans to the guests on arrival.

The little novelties came in handy, however, to prevent the morning drizzle from diminishing the perfectly made-up faces of the fêters who did not walk with an umbrella. Of all the Xodus Carnival lead-up events, Debut is like a runway with females, dressed to create a striking impression in flowing tropical pieces, and strutting through the damp grass, as if modelling for FashionWeek. And photographs were the keepsake to say in what way an entrance was made, said several disc jockeys who were having a discussion on the stage.

With the delectable Out of Many One-themed breakfast menu, including fresh fruit waffles, franks and beans, fried dumplings, ackee and saltfish spring rolls, mango-glazed pigstail and jerked mackerel among other sweet delights, the beeline was made from the venue’s entrance to the food court

Xodus’ Scott Dunn said, “The key to appreciating a breakfast party experience in Jamaica, is to come ready to have fun – rain or shine.”

He said, being familiar with a fete, especially one leading up to carnival, one will know to take advantage of all the offerings – from the food to the drinks which were accessible at several extended bars inside the venue and, of course, the music and entertainment is of maximum importance.

The play button was hit for songs like Ye by Burna Boy, Come Fe De Wuk by Menace (M1) and Gun Man by Trinidad Killa and Riddim Master.

No later than soon, outfits sweeping the ground were transformed in order to let loose. The soca playlists, rotated artistically by Miami’s Nocturnal and DJ Cyclone, were spellbinding; it had persons shaking the sleep and wining low to the ground. There were a few technical issues due to the weather, but even a few minutes of quiet from the speakers was not cause for inhibition. And when it was DJ Nicco’s time to turn up the tables, it was who could fete more than the next person.