Tributes in poetry, prose and music for Brathwaite 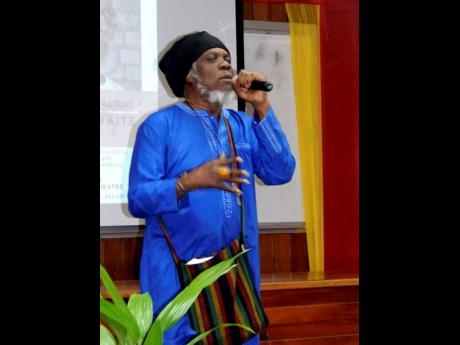 Michael Reckord
Performance poet Mutabaruka reciting one of his poems. 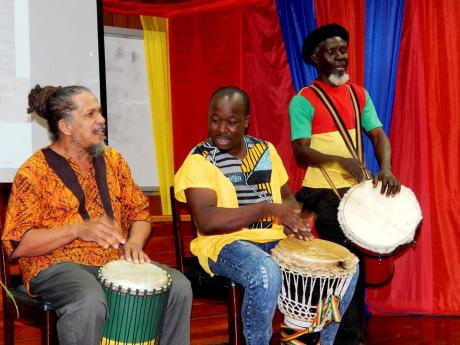 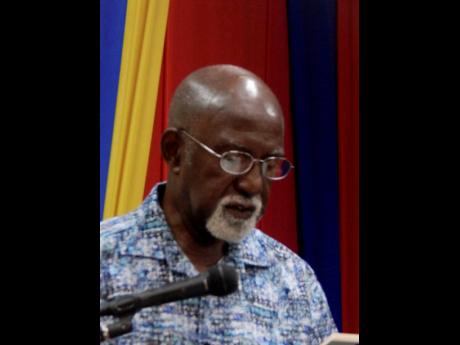 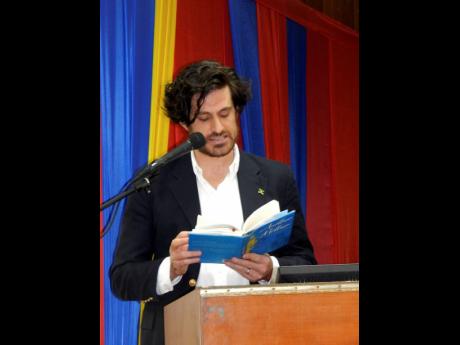 Michael Reckord
Author Ross Kenneth Urken reading from his book ‘Another Mother’ about his Jamaican nanny. 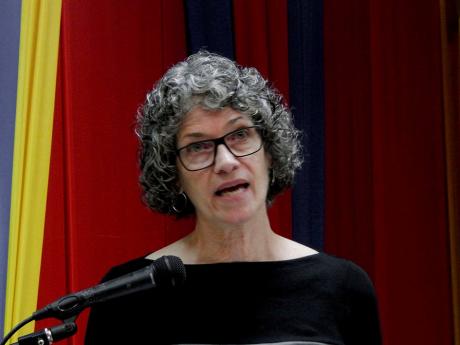 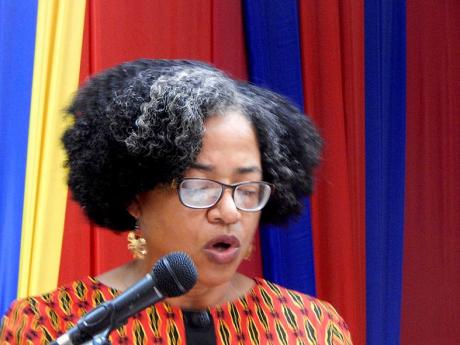 On Sunday, various colleagues, friends and admirers of the late historian, essayist and poet Edward Kamau Brathwaite paid tribute to him in poetry, prose and music. The function held in the Neville Hall Lecture Theatre (N1) at The University of the West Indies (UWI), Mona, was organised by the Department of Literatures in English and was the ninth in its Love Affair with Literature series.

Department head Dr Rachel Moseley-Wood welcomed the large audience and later introduced, one by one, five award-winning writers who read selections of their own work. They included Cherry Natural, a dub poet for the past 30 or so years; Dr Kim Robinson-Walcott, the editor of the prestigious Jamaica Journal and Caribbean Quarterly, who is better known for her short stories but who, for the occasion, she said, read three of her poems; and the internationally acclaimed poet and talk show host Mutabaruka, who performed three of his poems from his 14 albums of poetry.

A fourth was Diana McCaulay, the author of four novels, including the soon-to-be-published Daylight Come, a work of speculative fiction set in 2084. Before reading an excerpt from the disturbing work, she told the audience that the action takes place in a fictitiously named island, but hinted that it really is the Jamaica of a post-apocalyptic period. The climate is so hot that the inhabitants can only venture outside at night, and domestic animals have turned feral and often attack humans.

The main character is a girl, Sorrel, who is unable to sleep at night and persuades her mother to travel with her to the mountains where it’s cooler. Being fraught with danger, the nocturnal journey is a suspenseful episode in a novel about an all-too-possible future. It will be published in June.

One of the readers was a visitor to Jamaica, journalist Ross Kenneth Urken, whose memoir, Another Mother, about his Jamaican nanny, is currently getting much positive comment internationally, including reviews in leading newspapers. Urken, who arrived on Saturday for a week’s stay, was scheduled to conduct a writing workshop for high school students and make a deposit of the book with the National Library of Jamaica yesterday, and formally launch it in Jamaica at Red Bones in the R Hotel today. The launch will include a reading.

Tomorrow, he will conduct another writing workshop at The UWI. The poetic, richly textured excerpt he read was about his visit to St Elizabeth to meet relatives of his nanny, Desna, whose past Urken likened to “a fortified city”.

The book is published by Ian Randle Publications and the publishers, Ian Randle and daughter Christine, accompanied the author to Sunday’s reading. Urken’s journalistic articles have appeared in The Guardian, The Washington Post and The Wall Street Journal, among other major newspapers.

The second half of Sunday’s function focused more specifically on Brathwaite, who died on February 4 and was buried in his native Barbados on February 21. He spent most of his working life at the UWI, Mona, in the History Department, but in later years migrated to the United States and took up the post of Professor of Comparative Literature at New York University.

Dr Moseley-Wood stated that Brathwaite left “a remarkable legacy with us”, before inviting drummers Philip Supersad, Calvin Mitchell and Daniel ‘Trumpet’ Mills to the stage. After they had performed a number of popular Rasta tunes, a set of readers each treated the audience to a Brathwaite poem.

With harrowing repetitions, striking metaphors and powerful rhythms – as well as echoes of Smith’s poetry – the poem tells of the murder of one of the earliest of Jamaica’s dub poets. Smith (1954-1983) was, ironically, stoned to death in Stony Hill and the poem concludes with the poignant line, “I am the stone that kills me”.

The event closed with another session of frenetic drumming and a vote of thanks by immediate past department head Dr Michael Bucknor, who mentioned that March is being observed as ‘Literatures in English Month’.