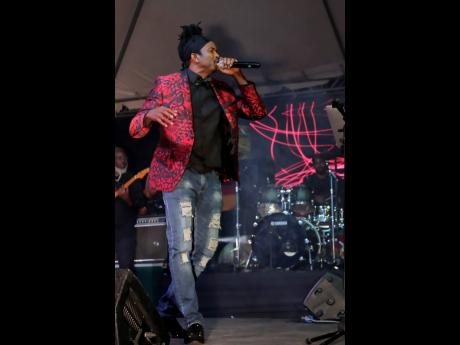 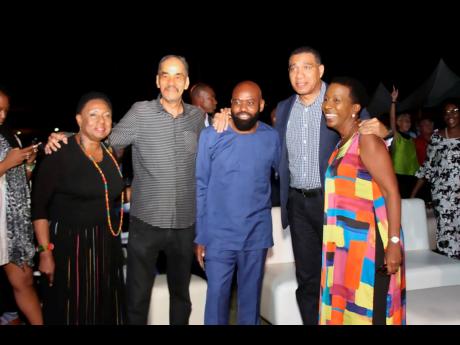 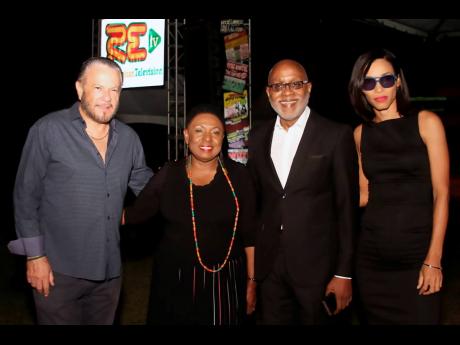 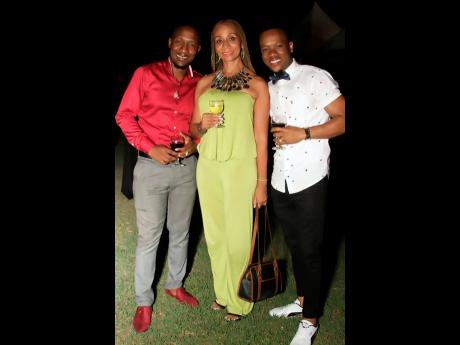 Nathaniel Stewart
Nadine Sutherland is picture-perfect, flanked by the members of One Third. 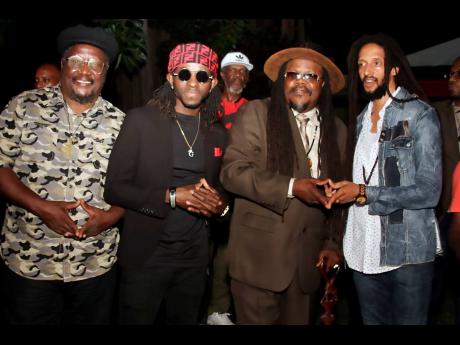 Nathaniel Stewart
Entertainers all in a row: Mikey General, Gee Whizz, Luciano and Julian Marley in a show of unity at the Prime Minister’s Reggae Month Reception on Sunday. 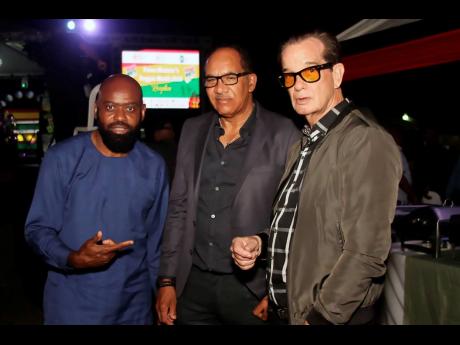 Nathaniel Stewart
From left: Stitchie, Robert Livingston of Big Yard Studios, and Downsound/Reggae Sumfest CEO Joe Bogdanovich were out for the occasion. 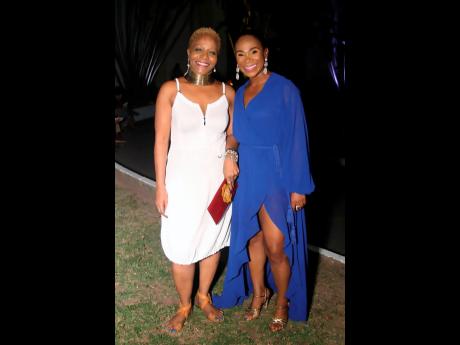 The lawns of Jamaica House were, on Sunday evening, transformed into the centrepiece for a live stage show, which culminated Reggae Month celebrations. The event was the Prime Minister’s Reggae Month Reception, and it was replete with the customary trappings of a popular stage show, including professional lighting, the rhythmic instrumentals of Lloyd Parkes and We the People Band, along with electrifying performances from Luciano, Shuga, Julian Marley, Gee Whizz, Rohan Morris and Michigan. Members of the music and entertainment fraternities turned out in their finest, and they were joined by members of the Diplomatic Corps.

“This is the event which marks the end of the Reggae Month celebrations. It was truly a great event, a great display of talent and a celebration of what is good about reggae. It is also a demonstration, in a real way, of the Government’s commitment to standing by the development of what is probably the greatest music form to have been created in the 21st century,” Prime Minister Holness is quoted as saying in a JIS release.

Minister of Culture, Gender, Entertainment and Sport, Olivia Grange, said the reception marked the end of the “biggest and the best” staging of Reggae Month.