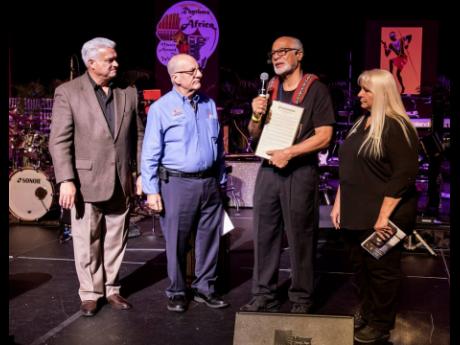 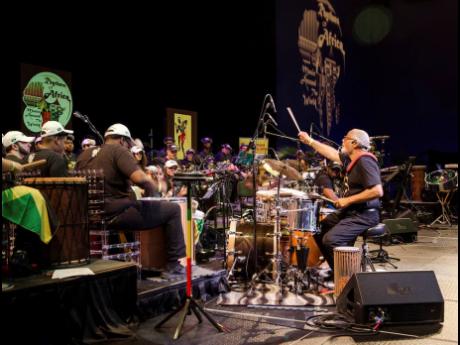 The Rhythms of Africa Music Around The World concert held recently was a magnet for Jamaicans and friends of Jamaica in South Florida who filled up the great hall of the Charles F. Dodge City Center in Pembroke Pines.

Conceptualised by former Third World drummer Willie Stewart, and first presented 10 years ago in the city of Miramar, this eighth presentation of the event was a fitting musical celebration of Black History Month and Reggae Month 2020. Presented in association with the city of Pembroke Pines, Mayor Frank C. Ortiz was on hand to present to Willie Stewart the official proclamation declaring February 29, 2020, William Stewart Day in recognition of his outstanding contribution to the community.

Stewart notes that the purpose of the project is to “empower and enlighten our youth and community to the importance of music to feed your soul and spirit. To show the world our rich musical heritage, and to demonstrate that music gives you a sense of pride, purpose, belonging, hope, discipline, coordination, enjoyment, unity and self worth”. To achieve this, Rhythms of Africa is executed through the non-profit Embrace Music Foundation, working in conjunction with young musicians trained and mentored by Willie Stewart.

This year’s concert included talented youngsters from Pembroke Pines Charter High School, who, after just 30 hours of instruction, bonded and gelled into an electrifying and riveting percussion ensemble, the heartbeat of the musical presentation.

An official salute to Reggae Month was the featured attraction of the event, with performances by Richie Stephens, Pluto Shervington, Etana and Wayne Armond of Chalice. Jamaica’s Consul General to Florida, Oliver Mair, made another of his now popular impromptu stage appearances as a dancehall performer.

Willie Stewart has received overwhelming positive praise for the variety of programmes offered by Solutions in Music from corporate America, schools, universities, and communities around the globe, and his projects have been featured by PBS, WLRN, NBC, CBS, ABC, BECON, The Miami Herald, Broward Herald, and the Sun-Sentinel.

Mair appropriately summed things up with his remark, “I am extremely proud of the work being done by Willie Stewart and friends, especially as it relates to our youth. His show was simply fantastic and was a great end to Reggae Month.”