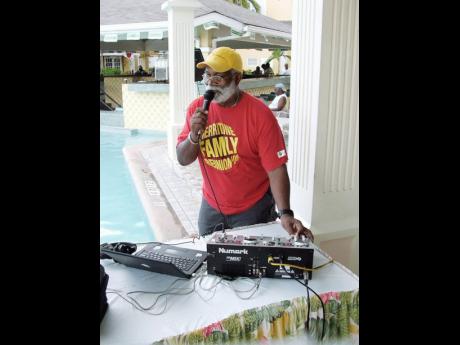 The same day the Jamaican Government’s regulation stating that all persons 75 and over must stay at home for 14 days takes effect – March 25 – Merritone Disco head honcho, Monte Blake, celebrates his 75th birthday. But, in true Monte style, rather than getting angry and cursing at this coincidence, he is having a whale of a joke at his own expense.

“As of tomorrow I cannot leave my house,” he told The Gleaner in a telephone interview yesterday. “I will fall in the 75-and-over category, so I will have to do all I can today and then lie low,” he added with a big laugh at his prisoner-in-his-own-house status.

The charismatic Monte, who has dedicated his life to entertainment and has built a global Merritone ‘family’, through the sound system which was handed down to him and his brothers by their father, Val, refuses to indulge in regret that he will not be able to actively celebrate this milestone with family and friends. For him, all the steps being taken to prevent the onslaught of the coronavirus in Jamaica are much more important than him hosting another party.

“I have been to so many parties. Right now, we have to be responsible and abide by the rules of this game, and not be like those who flouted the rules,” he said, calling out Elephant Man and Bad Boy Trevor, who, he said, have both placed the music industry in a bad light with their defiant actions. “Right now, it is all about social distancing, because this virus is not a joke. I have been conditioning myself for this and will use this time wisely,” he said of his impending confinement.

With a laugh, he wondered how his late brother, Winston, would have survived in this coronavirus era.

“Everybody knows that Winston was a kisser. He kissed everybody he met, both men and women. This would not be an easy time for him,” he said.

Monte, however, is only too aware of the significance of this day and links it to the sound, which is this year celebrating a mind-boggling 70 years. There are plans to hold the mother of all celebrations later this year, and Monte, of course, will also take the opportunity to have his own 75th birthday party. “After we have survived this crisis, then it will be time enough to celebrate.”

But for now, he will give a brief salute.

“I will raise my bat to the pavilion. Three score and 15 not out,” he said with gusto.