Koffee lands national TV commercial in the US 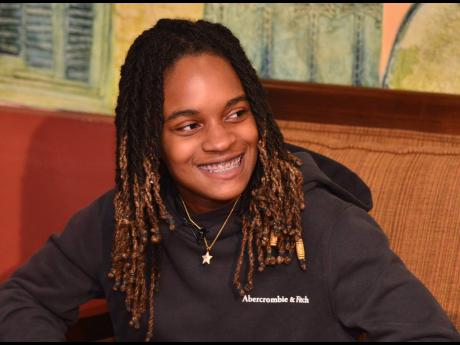 JAMAICA’S GRAMMY kid, Koffee, is enjoying a new lease on life with her single ‘ Toast’, which is now featured in a new Life Water (LIFEWTR) mainstream TV commercial, which premiered on television stations nationally in the USA.

LIFEWTR is a premium bottled-water brand that was added to PepsiCo Inc’s portfolio in 2017. The company has positioned itself as a brand for emerging artistes. As the North American bottled-water sales continue to grow, industry data suggest that sales are expected to reach US$23.9 billion by 2022.

Information on LIFEWTR’s website states, “We feature the captivating work of some of the boldest and most transformative artistes of today … . That’s why every few months we launch a new series of LIFEWTR bottled water focused on a unique aspect in art – putting the spotlight on three new emerging artistes.”

Koffee joins a handful of Jamaican acts like Bob Marley, Jimmy Cliff, Busy Signal, Hopeton Lewis, Dawn Penn, Inner Circle, Sean Paul, Shaggy, Shabba, J.C. Lodge and a few others whose songs have been featured in TV commercials in the lucrative US market.

Koffee’s rise to superstardom has not been coincidental. She was the breakout artiste at Rebel Salute 2018, and her song Toast has racked up millions of views on YouTube and was listed as a favourite of former US President Barack Obama and wife Michelle Obama, who used it as part of her exercise routine. Last year, BBC 1Xtra named the teen sensation one of the ‘Hot for 2019’ artistes.

Toast got a big endorsement last May when Bajan pop star Rihanna, who, while attending Buju Banton’s ‘Long Walk To Freedom’ concert in Barbados, posted a video on her Instagram Story of herself and her BFF Melissa Ford vibing to Toast while on their way to the show. The videos went viral on social media to her 70 million-plus followers. At the 2019 Miss World coronation, held in the United Kingdom, Miss Jamaica World Toni-Ann Singh took to the stage dancing to Toast.