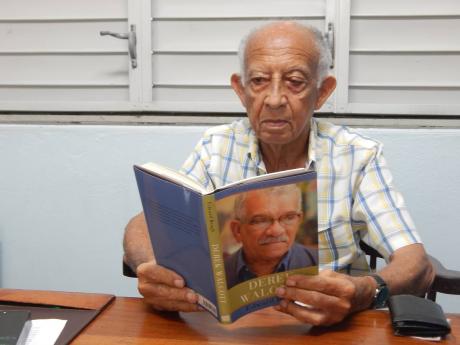 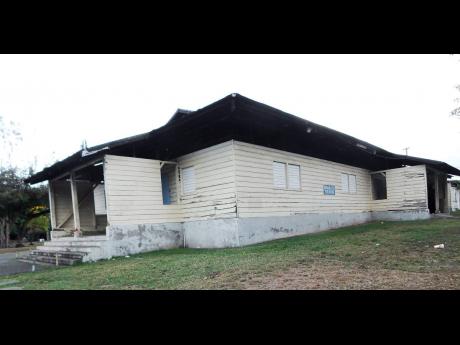 Michael Reckord
The Old Dramatic Theatre, a favourite haunt of Walcott’s as a student.
1
2

(Part 1 of an article based on an interview with Dr Edward Baugh at The UWI.)

“DEREK WALCOTT was one of the makers and changers of West Indian literature.” This was University of the West Indies Professor Emeritus Edward Baugh’s summation of the legacy of the region’s most celebrated writer.

Baugh and I were talking early this month about his 2017 biography, Derek Walcott, a 103-page work published by the University of the West Indies Press in its Caribbean Biography Series. Baugh’s phrase “West Indian literature” might be vague to those not familiar with Walcott’s oeuvre, but the book elucidates.

Primarily, it focuses on Walcott as poet and playwright. The author of hundreds of poems, some of them book-length, and more than 30 plays, he died three years ago this month. March 17 would have been his 90th birthday.

Additionally, he wrote many treatises and articles on drama and the arts generally, works ranging from the academic to the journalistic. The latter includes articles he wrote for The Trinidad Guardian while employed there as a feature writer for 15 years or so, from 1959. Baugh states that he focused mainly “on literature, the arts (including the performing arts), culture and society”. Years earlier, he had written similar pieces for Jamaica’s weekly Public Opinion.

He also contributed to Caribbean and world theatre as an educator. In the early 1980s, he did short teaching stints at Columbia, Harvard and Yale; and in January 1986, began teaching play and poetry writing at Boston University. He remained there for 25 years as a lecturer, as well as the director of the Boston Playwrights Theatre.

In the course of making an internationally respected mark as teacher, Baugh writes, he stressed to his students “the necessity of regarding poetry as the product of hard work and discipline, and not just an expression of self and feeling. This meant, for instance, spending a whole morning over whether to use the indefinite article ‘a’, or the definite article ‘the’ in a given phrase”.

Walcott again refers to the hard work that writing poetry entails in his 1992 Nobel lecture, where he called poetry “perfection’s sweat”. At the same time, he continued, it must seem “as fresh as the raindrops on a statue’s brow … “ .

The Nobel Prize for Literature was just one of numerous awards and prizes he received. In 1993, while visiting Jamaica for the UWI’s Gathering of Graduates, he got one of Jamaica’s highest national honours, the Order of Merit. He was also awarded the OBE, which made him, formally, Sir Derek Walcott.

Several universities conferred honorary doctor of letters degrees on him; he was the first Commonwealth citizen to be awarded The Queen’s Gold Medal for Poetry; and he was one of the first three awardees of the Order of the Caribbean Community given for “phenomenal” contribution to the economic, political, social and cultural metamorphoses of the region. In 1999, it was reported that he was being considered for appointment as Poet Laureate of England, an honour he indicated he was not averse to.

Baugh’s book reports a scandal that probably prevented Walcott from getting yet another honour, becoming professor of poetry at Oxford University. In the time he lived and taught in the United States, a number of young women claimed that he made improper sexual advances to them. He denied the claims, but the matter resurfaced in 2009 when he was being considered for the Oxford post. Shortly after being denied it, however, he accepted a similar position at the University of Essex.

Walcott started studying at the then University College of the West Indies in 1950, only two years after classes had begun at the college in Mona. He enrolled for a Bachelor of Arts degree in English, French and Latin, Baugh writes, explaining that the syllabus in English “amounted to a history of the literature of England”.

Fifty years later, at the aforementioned Gathering of Graduates, Walcott declared that for most of his time at the college, he “despised the place, its jaded, predictable curriculum, for not being the University of the West Indies … ”.

Still, Baugh points out, “the Mona campus also gave Walcott some pleasurable, productive and profitable years, years that strengthened his sense of West Indianness. The range of these activities involved friendships, pursuing his writing, spearheading student activity in creative writing, theatre and painting”.