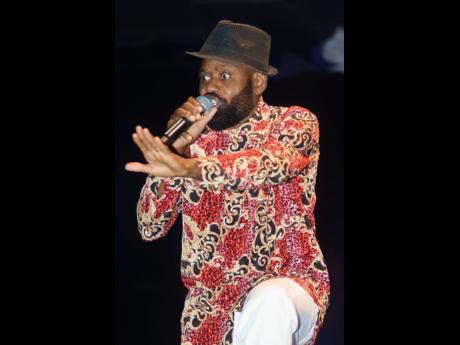 With several confirmed dates scattered across the globe for the year 2020, along with a strong promotional machinery behind his recently released ‘ Masterclass’ album, gospel artiste Stitchie has decided to suspend all performance-related activity until next year. He told The Sunday Gleaner that until further notice from the relevant authorities, he has postponed all events, tours, and appearances for the rest of the year in the name of preserving the health and wellness of everyone.

“The postponement is indefinite due to the obvious global pandemic, COVID-19,” he explained. “Several dates spanning from Jamaica, the Caribbean, USA, UK, Canada, and Europe were all part of my itinerary. There were also plans and discussions for Japan and other places all on the table as well,” he said.

Stitchie, who late last year emerged from what he had described as a “brief, meaningful spiritual hiatus from the limelight”, has vowed to keep his eyes and ears glued to government advisories and to try to take the best care of his family, friends, and loved ones.

“I am staying focused on the mandate, in my lyrical lab setting up the apparatus and preparing the messages of love, peace, and righteousness, which the people will need even more after we all travail through this experience, and pray without ceasing to Abba Father Yahweh in the name of Lord Yeshua Ha Meshiach and give thanks for everything,” the former biology teacher told The Sunday Gleaner.

Moving forward, however, the artiste, who made the switch from the dancehall in 1997, will still be in promo mode for Masterclass, the 17-track album, so titled because he “is always in the Master’s class, learning and seeking His wisdom”. Co-produced by Gramps Morgan of sibling group Morgan Heritage, Masterclass represents Stitchie’s mission to embrace two genres. He makes it clear that he is “always in the pursuit of bridging secular and gospel music” and adds that he is on an assignment to share this message with all. Masterclass, his 22nd album project, released in October last year, therefore, sees collaborations with secular acts Agent Sasco, Lukie D, Ricky Stereo, Million Stylez, and Fantan Mojah.

He notes that “the authentic sound of dancehall music lyrically, spiritually, musically, with the actual rhythms and beats, and the variation of the different tempo with each of the artistes perfectly flatters Masterclass”.

Stitchie became the first Jamaican dancehall star to drop an album for a major US record label with his 1989 debut album, The Governor, released on the powerful Warner/Atlantic label. In 2014, he released his autobiography, Power of Determination.