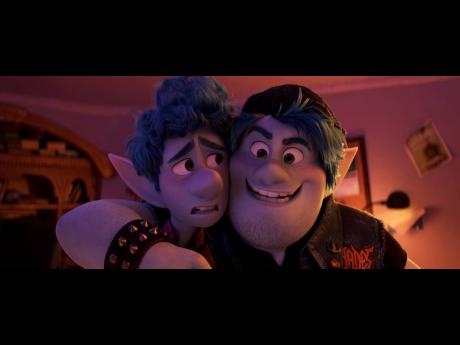 For the last four years it has been customary that every Monday the Eentertainment section of The Gleaner would contain a review of a film playing in the local cinema. Unfortunately, for the time being, that will no longer be the case. This is due to a development which I am sure you are all painfully aware of, the closure and restricted access of many businesses as a result of the COVID-19 containment efforts. The Palace Amusement Company announced the closure of their cinemas last week.

On a personal note, this is a truly sad development. The cinema has always been a source of escapism. A means by which the chaos of the world could be quieted for 120 minutes. Watching a film allows the viewer to be transported. To walk the streets of Wakanda. To laugh with Madea. The cinema gives us a chance to see life as it could be, or at the very least, understand why it is the way it is.

Palace Amusement is not the only cinema company momentarily closing its doors. Around the world the film industry has suffered an inconceivable halt as audiences are urged to resist gathering in groups that would fill a cinema. Major films have been forced to delay their releases, some indefinitely. Disney has announced the delay of the live action remake of Mulan, and the newest James Bond film, No Time To Die, has pushed its release date to November. It is difficult to say what effect these delays will have on the films’ success.

As bleak as it sounds, there are efforts to relieve the pressure on the film industry. Currently, several studios have taken to the digital space for the release of their most recent and upcoming films. Pixar’s Onward has been released digitally, and DreamWorks Trolls: World Tour will be released online on April 10.

Streaming has always been the endgame for movie studios. It provides easier access to audiences all over the world, at a reduced cost. Yet I can’t help but feel a sense of loss.

The films will remain the same. The worlds we explore will be there for our discovery. But the magic of the curtains opening as the lights go out, and the speakers filling the air with a thundering boom. That may not be around forever. When the cinemas reopen, as they most certainly will, I will be first in line to feel that magic once again. Until then, as the chaos of the world ensues, please join me in experiencing the greatest art form of all time, from the safety and security of your own homes.