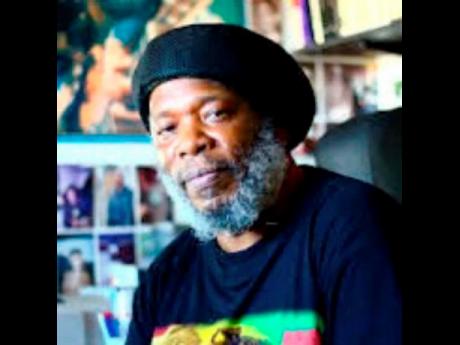 The family of late British reggae pioneer, Delroy Washington, has started a GoFundMe drive to assist with funeral expenses and other memorial costs. The account, which was established on Tuesday, four days after Washington’s death in London from the coronavirus, has a goal of £23,000, and Miles Campbell and Peter Grant are named as the organisers of this fundraiser.

Miles Campbell, who identified himself as Washington’s nephew, told The Gleaner that his uncle did not have any children, but he had a large family.

“Delroy has a sister in the US and around six half-brothers and sisters. The family is relatively low-key, and some were obviously closer to him than others,” Campbell said. He said that Grant was Washington’s brother, and clarified that Delroy’s real surname was Burnett. Adding that he was “fairly close” to his uncle, Campbell detailed that he spent a lot of time at the end of last summer with Washington “when he was having health issues”.

Washington, a highly respected member of the reggae community in the United Kingdom, was surrounded by many musicians and artistes with whom he shared a great friendship. Campbell shared a screenshot of a text message, dated May 31 2019, in which Washington speaks with gratitude about his friends.

“They say it is when you are sick that you know who your real friends are. It’s true. I have been hospitalised for a month. Give thanks to great friends such as Barry Biggs (who call me at least twice daily) from America; Dave ‘Barker’ Collins; Winston and Lee Francis; Hugh Francis; T Roy and Ferdie McKenzie; Locksley Gichie; John Logan (PRS); Donna Hinds; TC Curtis; Errol Lee; Munira Maye; Jennifer Joseph; Ronald Fergusson; Miles and Rachel Campbell; Pauline Grant; Rebecca the Blondezilla, and Frank Payne.”

The GoFundMe page states: “To everyone who met and knew Delroy he was a kind, humble, positive and intelligent man who genuinely had time for anyone. Throughout his life, Delroy was a devoted and talented reggae artiste who was discovered by reggae legend Bob Marley in the ‘70s and subsequently went on to play with Bob and the Wailers. After releasing two albums, I-Sus and Rasta under Virgin Records, he went on to help launch and support the careers of an array of music artistes. Later in life he became an instrumental community activist in his borough of Brent, and further afield creating and developing initiatives such as 12 Tribes of Israel, HPCC Bridge Park, I & I Idren of Israel in Wales. Beyond all he was a brother, uncle, friend and all-round great man who will be sorely missed.”

Washington, one of the first artistes to be signed to major record companies such CBS, Island and Virgin, passed away in London on Friday, March 27, from the coronavirus. Historical musicologist, and coordinator of International Reggae Day UK and British Black Music Month, Kwaku, in a recent article noted that Washington formed a number of reggae support organisations, the last one being FORM (Federation Of Reggae Music), and was active in championing Brent as the capital of reggae in Britain.

Dawn Butler, Labour member of parliament for Brent, paid the following tribute on news of his passing: “My deepest condolences goes out to Delroy’s family, friends and fans. Delroy was a great musician and a friend. He played with Bob Marley and the Wailers and was never short of a story or two. Delroy cared passionately about reggae music and I am pleased that he was a part of making Brent the reggae capital of Europe, and I am sure Brent will launch the reggae tours in his name. Brent will honour Delroy and I will miss a friend.”