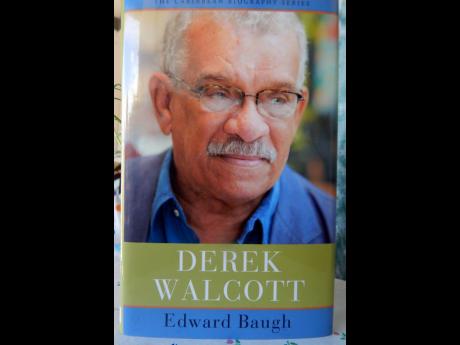 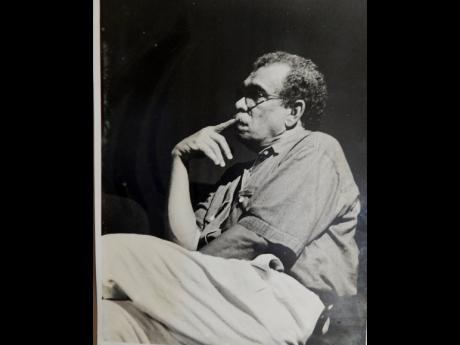 Michael Reckord
An old photo of Derek Walcott at Mona, taken many years ago and kept by the faculty he was in.
1
2

(Part 2 of an article based on an interview with Dr Edward Baugh, author of a recent biography on Nobel laureate Derek Walcott. Part 1 was published last Friday.)

BAUGH’S “FIRST encounter” with Walcott excited him, he told me, but it was really a virtual encounter. While a sixth-former at Titchfield High School in Portland, he learnt that he would be attending the then University College of the West Indies (UCWI) and one morning read in The Gleaner a rave review of a play by Walcott, then a UCWI student.

The play, Henri Christophe, had been produced by the University Dramatic Arts Society, which Walcott had helped to establish, and Baugh was in awe at the fact that a university student could have written such a highly praised play. “The review just set me alight,” said Baugh. “I was curious to know him.”

He continued: “As it happened, he left Mona in June 1954 and I arrived at Mona in October 1954. But he was still in Jamaica, teaching, and he would come up to the university now and then. I got involved in the society and acted in a couple of plays in the Old Dramatic Theatre. And there at the back of the theatre, leaning against the wall, would be Walcott, looking at what was going on. I got to know him a little then.”

For a time, Walcott – whom Baugh, now an acknowledged authority on Walcott, called “one of the makers and changers of West Indian literature” – was not sure whether he wanted to be primarily a poet or a painter. But Baugh notes in the biography, Derek Walcott, that “his poetic gift had begun to make its mark in his childhood”.

A poem he wrote when he was 10 so impressed his teacher and the headmaster of his primary school that they made him read it at assembly. And a poem he got published in the local newspaper at 14 – “ … Miltonic blank verse, expressing a pantheistic belief in the presence and power of God as taught by Nature….” – earned him both published rebuke and praise.

His love for painting and poetry remained throughout his life, and a recurring theme in his work is the relationship between the two. Other favourite themes that Baugh lists are “the North-South dialogue, the tensions and parallels between home and abroad, the Caribbean artist/poet and his or her relationship to Europe, the legacy of colonialism and its factors of ethnicity and race”. To that may be added Walcott’s quest for identity.

Explaining Walcott’s literary legacy, Baugh said that early West Indian poetry was “a kind of imitation of English and European poetry”, and Walcott was able to draw on the literature he was taught and give it “a grounding and focus” in the Caribbean.

“Some people accused him of being too Eurocentric,” Baugh continued. “Other writers, like [Kamau] Brathwaite, made it a point to disconnect, as it were, but Walcott was never into disconnecting. He took the multiculturalism of the Caribbean and did something distinctively Caribbean with English literature.”

On the topic of Walcott’s social relationships, Baugh reports that Walcott’s personality and temperament present “mutually opposing tendencies”. On one hand, he could be “thoughtful, generous, not self-promoting,” while, on the other hand, he could be “unexpectedly curt, sarcastic, dismissive …” According to the Trinidad Guardian, his third wife, Norline, said, “Underneath the cascade of arrogance and strength, he is genuinely kind, gentle and sweet.”

Asked about a comparison of Walcott’s relative importance as poet and playwright, Baugh said that it depended on where in the world one stood. “Walcott the poet is the one that is known and talked about most in the outside world. Walcott the playwright is the one more known to the Caribbean … . It’s a kind of unequal regard.”

Continuing, he said: “Of course, for a proper understanding of Walcott, you should be able to relate the plays to the poetry and the poetry to the plays. But if he were only a playwright, he’d be a great playwright and a great Caribbean playwright; if he were only a poet, he’d be a great poet and a great Caribbean poet. The ‘Caribbeanness’ of his work is more obvious in his plays than in his poetry, but it’s there.”

About my observation that the little West Indies had produced three Nobel Prize winners for Literature (Walcott, Trinidad and Tobago’s V.S. Naipaul, and Guadeloupe’s Alexis Saint-Leger Leger, who wrote as Saint-John Perse), Baugh said that there was no reason a small territory couldn’t produce three gifted people.

I asked if he saw any other West Indian writer around who could get a Nobel Prize.

Baugh’s response was: “The top three Caribbean poets of our time are, for me, Walcott, Brathwaite, and now Lorna Goodison. She has a huge international reputation. Only recently she got The Queen’s Gold Medal for Poetry. It’s a huge honour and distinction.”