EarthKry cancels 25 dates, but catch them on Sunday Live 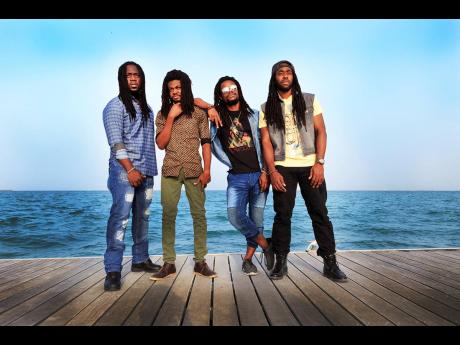 Two weeks into their Spring 2020 tour, EarthKry was forced to cancel their remaining 25 dates. Before COVID-19 began its ravage of the globe, the Houston-based reggae band was well on the way to matching or championing their impressive 76 performances last year, or 125 in 2018. All those fans who lay in wait for a day when concerts are safe again, can catch the band live in action anyway, during the Sagicor-powered Sunday Live concert.

Live streamed on The Fix’s YouTube channel, the weekly series adds to the growing roster of social media-based entertainment. Sunday Live kicked off on April 5, with performances by Warrior King and the Roots Warriors, and Indie Allen. The following week, Indie Allen revisited, as Royal Blu and emerging singer Joby Joy also took the stage.

But the band is content to keep it virtual for the time being. They already engaged with the cyber-audience last month, performing during Rootfire TV’s regularly scheduled Q&A session.

“Like everyone else, COVID-19 has impacted our life on so many levels, but the power of music is resilient. Music can heal wounds which medicine cannot touch, so live streaming for live bands is important, not just for the world, but for us as well,” lead vocalist and guitarist Aldayne Haughton told The Sunday Gleaner.