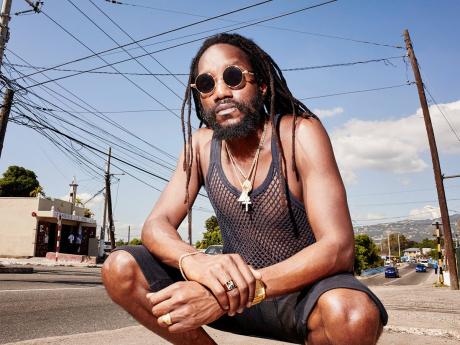 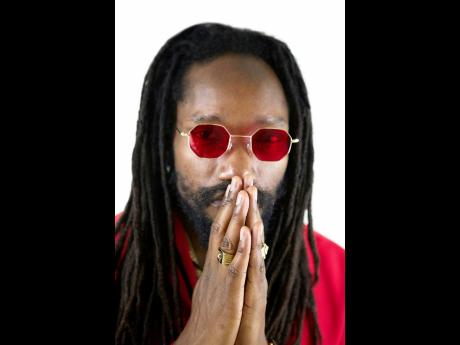 In the world was as we remember it, Kabaka Pyramid would have spent today, his earthstrong, on the road, making yet another stop on one of his frequent tours. But just like entertainers around the world, he’s grounded for the foreseeable future. Now, for the first time since the release of his debut album, Kontrabrand (2018), the hip-hop-loving reggae artiste is testing the waters with brand-new releases for varied palates.

In addition to a new tune alongside Chris Martin called Quarantine, Kabaka’s social media is beginning to be filled with freestyles. “It’s like everybody is at home, on dem phone, computer. Everybody is listening to music, and things like that, to pass the time. So it’s still a good time to release music, but the promotion side of it kind of tricky. It’s heavily dependent on social media,” he told The Sunday Gleaner.

Recognising the importance of engaging with such platforms, Kabaka and the Bebble Rockers are seriously considering all options with regard to getting back to his familiar form, standing on a stage. Because Kabaka’s face-to-face engagement is his bread and butter. “Our line of work is touring. If we can do these things to help supplement dem ting deh, it woulda great,” the artiste said.

In the interim, as the globe considers the risks of reopening borders or lays plans to stymie economic fallout, many entertainers’ hot-button response to engaging with their audiences has been to go ‘live’. As much as they want to join other colleagues, some with regularly scheduled events, the Bebble Rockers are still biding their time and holding out for a revenue-generating solution.

“We’re looking into it right now because we want to do one for ourselves. We’re trying to see what’s the best way to go about it – whether we charge or we ask for donation. It would be good if we could earn a little thing from it,” he said.

For now, Kabaka is using social media to remind his friends, fans, and followers exactly what he is made of. “Mi a test out the waters a likkle bit on Instagram and Facebook with the little freestyle vibes,” he shared. While observing social distancing by staying at home, he is closing the gap with listeners and feeling them out at the same time.

“I want to toss out a bunch of different songs and see what the people dem a gravitate towards. Me a do more music for people now, more than just music I love to listen to,” Kabaka shared.

Fans can expect the artiste to go back to his basics, to commune with his hip-hop affinities. “I never really grew up singing. Being a reggae artiste, having to sing is like something weh me had to work on a lot over the years. And it still a develop,” he confessed.

But for Kabaka, hip-hop is easy, and it could prove to pack bigger punches for the performer. He said, “When I do hip-hop music, I get to go into deeper topics easier. In reggae, you have to stick to certain simplicities and straightforwardness that people can relate to. If you start to go too deep, or the topics are too abstract, people don’t connect with it that much. But with hip-hop, there’s a lot of space for that.”

“I’m definitely exploring more of that side because I feel very comfortable within the hip-hop side of the music. It’s an expression I’m very versed in. I want to show more of that side. It’s kind of my comfort zone,” Kabaka continued.

But it’s not all about comfort. It’s about testing the waters. Kabaka is currently working with One Time Music, the label responsible for hits like Jahvillani’s Clarks Pon Foot. “They had some successful hits last year within the dancehall space. I have a couple things with them working on.”

Kabaka’s next release with One Time Music will be called Dreams To Reality. The single precedes many others that the artiste hopes will start some momentum to carry through into an album release.

“Mi have whole heap a song. Mi coulda drop a album right now, but I believe albums should drop when an artiste is at a peak point in their momentum. You build up momentum towards the album so that when it drop, people are excited. Due to the whole vibes, I don’t know if the right time to drop an album is any time soon. But definitely looking to drop some singles and build up some momentum,” he said.

If all goes according to plan this time around, fans can expect to hear new, different, lyrically heavy music on Kabaka Pyramid’s sophomore album either late this year or early next year.