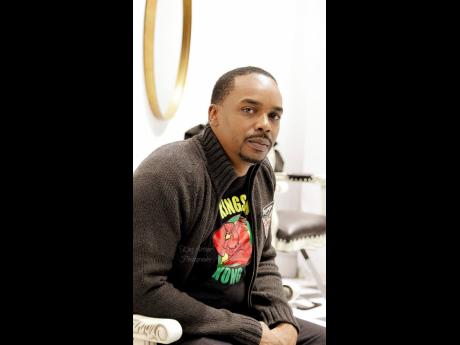 Tomorrow, April 20, is the day marijuana is celebrated across the globe. 4/20, as it is called, is usually marked by major music shows in different cities worldwide as ganja lovers ‘light up their spliffs’ in recognition of the herb. Celebrations this year will, however, have to take a different format as public gatherings have been prohibited in several major countries worldwide due to the COVID-19 outbreak. While the global pandemic has halted the plans of thousands of ganja lovers, some have taken it upon themselves to ensure that the day feels as normal as possible. One such person is New York-based producer Keton Cole.

In recognition of 4/20, the experienced music man will be releasing a special track tomorrow called Marijuana Obsession. He believes that with all that is happening as a result of the coronavirus, people ought to be encouraged against allowing the doom and gloom of the virus to steal their joy.

“The corona thing has a big impact on the 4/20 celebrations, and that’s kinda why I really want to push this project with everything I have. Marijuana and reggae are intertwined, and so all the 4/20 concerts globally were cancelled, and that not only killed a lot of income for a lot of artistes, but it killed a lot of spirits worldwide. A lot of people do not even remember that Monday is 4/20, and so I want to remind people with this project,” he said. “I want people to bear in mind that life will continue after this corona thing, and so we have to treat this time with as much normalcy as possible. If you would usually light up and listen to music on 4/20, do that. If you used to go to concerts, you can still do that online. Do not let corona put a damper on your day, and it’s not just a 4/20 marijuana thing; it’s a life thing. I want to remind people to keep their heads up because life will continue after corona.”

Cole revealed that the project was also an ode to the record’s producer, DJ Obsession, who contracted the virus and was out of commission for a month. He said he wanted to recognise the producer’s hard work and, thus, named the song in his honour. “He got hit with the corona, and we thank God he recovered, and so we wanted to tribute him with a project that will encourage people to carry on,” he said. “His vision was to have a big marijuana track, and I think we pulled it off, so the song is named in his honour.”

Marijuana Obsession will be available on all major digital platforms tomorrow. The song will feature ’90s dancehall veteran Jigsy King and newcomer Sly Rankin. Cole said the song is special because it not only serves as encouragement in these dark times but will take people back to happier times in music with its authentic ’90s dancehall vibe.

“I’m very big on the ’90s dancehall era. It’s one of the best periods in our music history, and I always jump at the chance to infuse it in current projects so we can help to influence good vibes into today’s music,” he said. “This record is a song that has been done a year ago, but we wanted to wait on 4/20 because the day is special, and the song is special.”