Remembering Peter Tosh on 4/20/2020 - Could he someday be inducted into the Rock & Roll Hall of Fame? 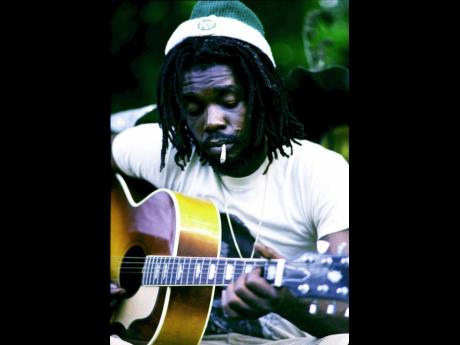 On March 15, 2010, Dr Jimmy Cliff, OM, was inducted into the Rock & Roll Hall of Fame at the Waldorf Astoria Hotel in New York. The then 61-year-old reggae superstar became only the second Jamaican performer and the third Jamaican to hold this enviable distinction. Bob Marley was previously inducted, and so, too, was music mogul Chris Blackwell.

As we get ready to celebrate International Marijuana Day 4/20/2020 this year, one question that music lovers of the late, great Peter Tosh are asking is whether the ‘Stepping Razor’ will get the call to be also inducted in the Rock & Roll Hall of Fame.

According to the Rock & Roll Hall’s own website, “Artistes become eligible for induction 25 years after the release of their first record. A nominating committee of 30 music experts decide on a ballot, and the inductees are chosen by a group of about 500 voters.” Tosh was born on October 19, 1944, and recorded his very first song in the early 1960s. He released his solo album, Legalise It, in 1976, and his Equal Rights album followed in 1977. In 1978, the Bush Doctor album on Rolling Stones Records was released, introducing Tosh to a larger audience. The album featured Mick Jagger and Keith Richards. Mystic Man (1979) and Wanted Dread and Alive (1981) followed. A year after the release of Mama Africa (1983), Tosh went into self-imposed exile, seeking the spiritual advice of traditional medicine men in Africa to free him from recording agreements that distributed his records in South Africa. He was awarded a Grammy Award for Best Reggae Performance in 1987 for No Nuclear War, his last record.

Throughout his musical career, he championed the movement to legalise cannabis. “Legalise it and I will advertise it” Tosh sang in one of his popular songs. Last year, New York State Senator Kevin S. Parker issued a New York state proclamation for Tosh for the 2019 renewal of the national observance of 4/20.

To pay homage to Tosh and his marijuana advocacy on 4/20/2020, Solja Life music executive Keton Cole will release a single titled Marijuana Obsession, featuring dancehall veteran Jigsy King and Sly Rankin. “As marijuana goes mainstream, some forget the work of Peter Tosh, Jamaica’s most famous advocate for the legalisation of marijuana. He was beaten, persecuted, and maligned for this beautiful plant. He not only spoke about its medicinal and recreational use but used his most influential platform music to passionately advocate for its legalisation in his song, Legalise it,” Cole said.

Other pro-ganja songs recorded by Tosh include Bush Doctor, Nah Go A Jail, and Buk-In-Hamm Palace. In the ’70s, veteran broadcaster Alan Magnus took a chance when he used Buckingham Palace as a music bed during the broadcast of The Queen’s message on radio. He was immediately suspended but was reinstated a week later when the station faced an uproar from listeners. A lot has changed since. Now, cannabis is legal for medical use in Canada, Australia, Chile, Colombia, Germany, Greece, the United Kingdom, and various states in the US. Also, possession of two ounces or less of cannabis in Jamaica is no longer an offence for which one can be arrested.

Musicologist Dr Dennis Howard gave some insight into the genius of Tosh at the 2018 Peter Tosh Symposium in Kingston. He said that the first music that influenced Peter Tosh was rock & roll. To make the point, he played Chuck Berry’s rock & roll hit Johnny B Good which, he said, inspired Tosh’s reggae version, Go Johnny Go. Former Minister of Finance Dr Omar Davies, speaking at the same symposium, said that Tosh was not just a musical genius, but said that he had a great sense of humour as well. He spoke of the time when Tosh and Grenadian revolutionary Maurice Bishop met at the airport in Grenada. Bishop welcomed Tosh, saying, “Greetings, comrade. Welcome to Grenada.” Tosh responded, saying, “I don’t come red (comrade). I man come black.”

One area in which Tosh has not got enough local recognition, Davies reasoned, was his fight against the apartheid regime in South Africa. The lyrics of his 1977 track, Apartheid, chronicle the atrocities of the system. Davies said that Peter Tosh’s album Equal Rights was one of the best albums ever recorded. “Not reggae album, but finest album ever done,” Davies opined. “What is particularly special for me is for a pop artiste to risk taking on apartheid, which was then, at least implicitly, supported by all the major Western economies. South Africa was in the bosom of the US and the UK. For you to hope to sell an album dedicated to the fight against apartheid in that same market shows Peter’s conviction and the extent he would not compromise in that fight,” he noted.